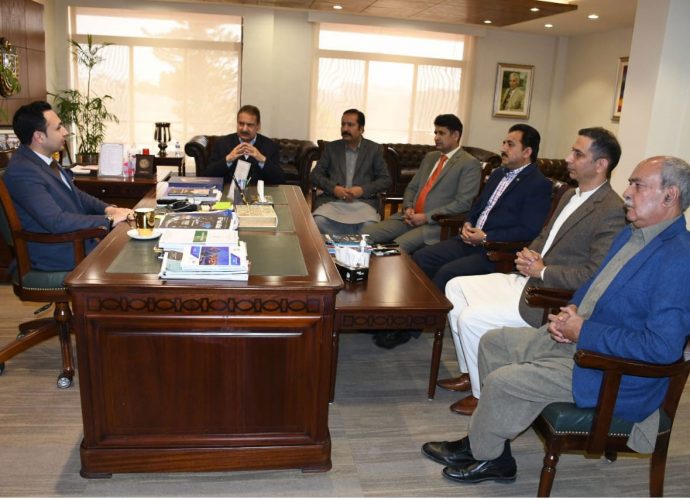 Business Community calls for withdrawal of FBR notices under Sec-182

Sardar Yasir Ilyas Khan, President, Islamabad Chamber of Commerce & Industry (ICCI) said that the FBR was issuing notices under Sec-182 to the taxpayers to penalize them for late filing of income tax returns, however, this approach would be counterproductive as it would discourage the new taxpayers from coming into the tax net and thwart government’s efforts for improving the tax revenue of the country. He said this while addressing a delegation of Traders Welfare Association, Blue Area, Islamabad during their visit to ICCI. Yousaf Rajput, President TWA Blue Area, Raja Hasan Akhtar, Javed Iqbal, Omais Khattak, Khalid Chaudhry and others were in the delegation. Mian Akram Farid, Chairman Founder Group was also present at the occasion.

Sardar Yasir Ilyas Khan said that the number of taxpayers was already very low in Pakistan and one of the main reasons of low tax-to-GDP ratio was high tax rates and coercive measures of the tax department against the taxpayers. He said that due to the difficult and cumbersome taxation system and the tough approach of tax machinery, many potential taxpayers were preferring to stay out of the tax net as by remaining out of the tax system, they were spared of the problems being faced by the existing taxpayers from the tax department.

Mian Akram Farid, Chairman Founder Group said that the taxpayers were already facing great difficulties due to the Covid-19 pandemic in running businesses and in these tough times, they needed the cooperation and support of FBR in discharging their tax responsibilities. Therefore, he urged that FBR should adopt a soft approach towards the taxpayers and those who were late in filing income tax returns, FBR should facilitate them in fulfilling their tax obligations.

Yousaf Rajput, President, Traders Welfare Association, Blue Area, Islamabad and other members of delegation said that traders wanted to pay tax, but they needed facilitative measures from FBR as issuing notices under Sec-182 was creating harassment in the trading community and disturbing their peace. They called upon the government to bring drastic reforms in the existing difficult taxation system to make it simple and easy for compliance. They said that the high tax rates and high tax compliance cost were promoting tax evasion in the country and urged that FBR should rationalize all tax rates to make them affordable for taxpayers that would also promote tax culture and expand the tax base of the country.