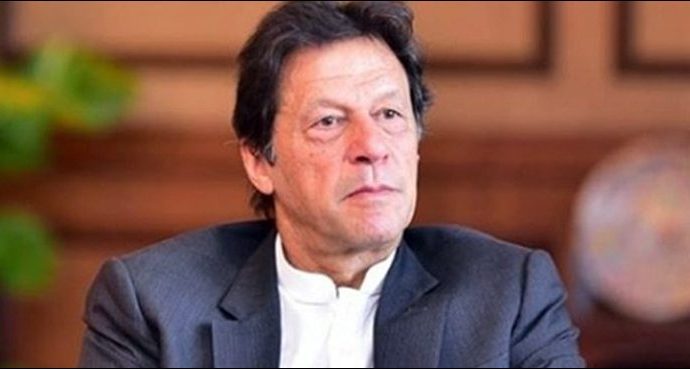 PDM is a gang of thieves, looters and robbers, I will not kneel before them, Imran Khan

By: admin
In: Breaking News
Tagged: Attackers on institutions, gang of thieves, looters and robbers, PDM, Prime Minister Imran Khan, will not be spared: PM

Attackers on institutions will not be spared: PM

PDM is a gang of thieves, looters and robbers, I will not kneel before them, talks to digital media representatives

Prime Minister Imran Khan has said that those who attacked the institutions will not be spared. While Nawaz Sharif, Ahsan Iqbal and Khawaja Asif were working abroad, the country’s Prime Minister, Foreign Minister and Interior Minister were working in foreign companies, the purpose of staying was to protect the stolen money. The Prime Minister said that if I give NRO to the corrupt gang, life will be easier. I have chosen the difficult path of not giving NRO. Musharraf was better than these two parties but he did them wrong by giving them NROs. I opposed both of Musharraf’s NROs. Are destroyed. The Prime Minister said that the country is destroyed not by the corruption of the lower class but by the corruption of the government and the rulers, the PDM is a gang of thieves, looters and robbers but this is a decisive battle and I have decided to kneel before them. Prime Minister Imran Khan said that the policy of the opposition in the case of Corona was hypocritical. In the first wave of Corona, I was pressured to have a complete lockdown. The second wave is more dangerous but they are now holding rallies. Corona spread rapidly all over the world where rallies were held. Imran Khan said that Pakistan had put him on the FATF’s gray list because of the parties. They wanted to blacklist the country, I was blackmailed on the issue of FATF, I was asked for NRO in writing, today Zardari and Nawaz Sharif have come together, I knew long ago. There were many documentaries on his corruption and there are rumors of his corruption all over the world. The Prime Minister said that all those who make anti-military statements will be treated, to attack the institutions. The people will not be spared, they are telling the army to overthrow an elected democratic government, Nawaz Sharif wants to sit outside and revolt in the army, for the first time in the history of Pakistan, In the past, the military leadership was always criticized in martial law, but in the current democratic era, why the military leadership is being targeted, the institutions are being pressured to save themselves from corruption and looting.

2021-01-10
Previous Post: Azerbaijan keen to promote bilateral trade with Pakistan
Next Post: Power supply in parts of Pakistan has been partially restored