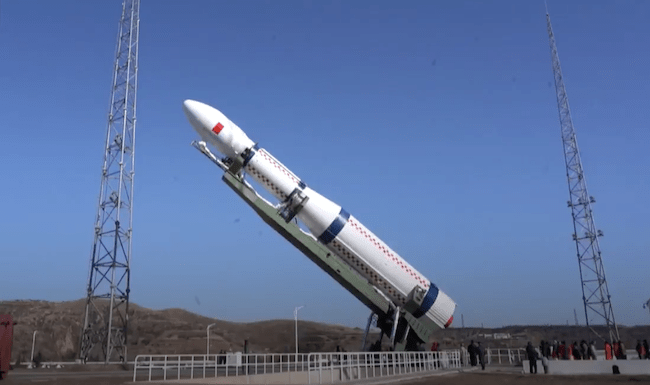 China launched what it claimed is the first 6G experimental satellite to test communications from space using high-frequency terahertz spectrum.

The China Embassy in the US tweeted that the supposed “6G” satellite was one of 13 aboard the Long March-6 rocket, which launched on 6 November at the Taiyuan Satellite Launch Centre in Shanxi province.

The next-generation mobile access technology, which won’t have formal specifications worked out for a number of years, has started to gain momentum as major industry players back a launch as early as 2030.

Samsung expects the ITU-R to begin work on 6G in 2021, with the standard to be completed as early as 2028, opening the door to the earliest deployments in ten years.

The challenges to 6G are many, including requiring 100-times the data throughput of 5G and sub-millisecond latency, AT&T executive Mazin Gilbert said at the 6G Symposium last month.

In mid-October US operators Verizon, AT&T, T-Mobile US and US Cellular joined other operators under the guise of the Next G Alliance, aiming to steer development of 6G and establish North America as a global leader in the technology.