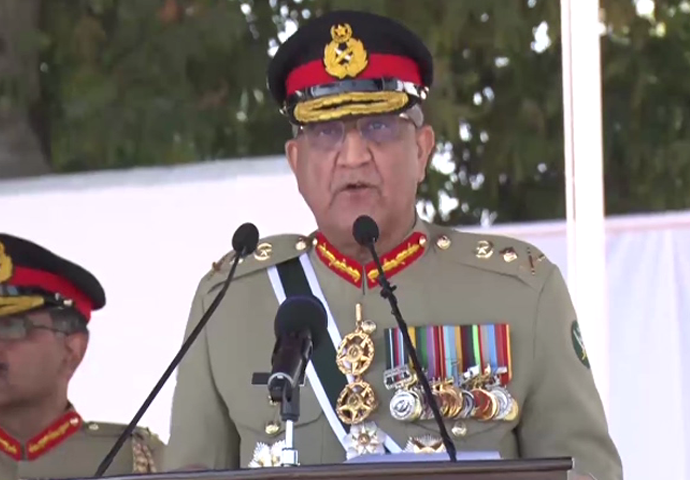 Armed forces will continue supporting the elected government in line with the law and the Constitution. Gen. Bajwa

Chief of Army Staff (COAS) General Qamar Javed Bajwa has assured that the armed forces will continue supporting the elected government in line with the law and the Constitution, ARY News reported on Saturday.

According to Inter-Services Public Relations, the cadets from Palestine, Maldives, Qatar and Sri Lanka were also among the passed out courses. Chief of Army Staff (COAS), General Qamar Javed Bajwa attended the event as the chief guest.

The army chief congratulated the passed out cadets on a memorable day after the completion of their training and said that they are going to become a part of an army which is known for its professionalism. The cadets have proven themselves eligible for a challenging profession, he added. 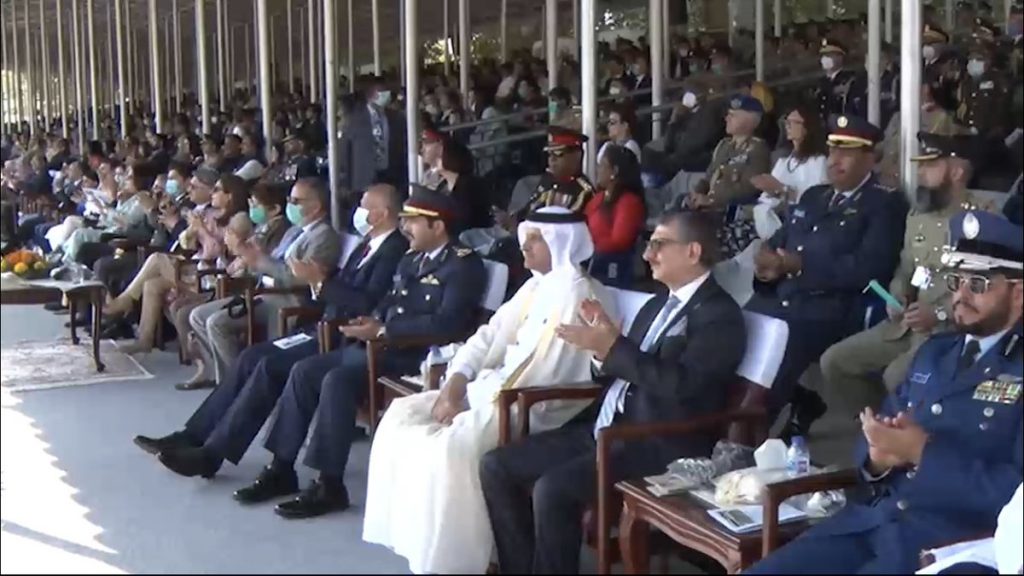 COAS said that Pakistan defeated terrorism and a five-time bigger enemy in February last year. Pakistan Army is the reflection of a prestigious nation and representing as the heirs of the martyrs of Pakistan.

“Sometimes, you will get accountable for national security and prosperity after the completion of your duties. However, no one is answerable to anyone else in Pakistan. I take this as an honour that we are always available as a reliable and answerable institution before the nation.”

“In the time of need of the country and nation, we have presented ourselves for the best results. Although, Pakistan is a developing country the nation always stands by your side in a difficult time. It is your duty to meet their confidence by showing loyalty and passion. The nation’s confidence in the armed forces is the result of sacrifices rendered by our ghazis and martyrs.”

He said that it is not easy for being a soldier which needs dedication and result-oriented. Bajwa said that peace is obviously a milestone but not the destination.

Qamar Javed Bajwa said that the country paid a heavy price for peace and the armed forces will ensure its safety. He urged for strengthening the country’s pillars in accordance with Quaid-e-Azam Muhammad Ali Jinnah’s vision for an economic autonomous and ideological stable Pakistan.

Pakistan has successfully fought against all conspiracies and difficulties during the war against terrorism, however, the armed forces will put the country on the path of development by utilising all of its capabilities. Pakistan played an important role in the establishment of regional and global peace in line with the Quaid’s vision. Today, our institutions are becoming strong after a difficult journey, said Bajwa.

The enemies of Pakistan are disappointed after watching our successes. The country is facing hybrid war from the frustrated enemy which is targeting the nationals and their battlegrounds are human minds.

He asked the cadets to follow principles and traditions for successfully fighting the ongoing hybrid war. COAS Bajwa said that hybrid war should not be mixed up with constructive criticism.

Pakistan is now a strong country in term of its defence. The armed forces will continue its support to the elected government in line with the Constitution and law.

During the occasion, COAS reviewed the parade and gave awards to distinguished cadets. The coveted Sword of Honour was awarded to Academy Senior Under Officer Muhammad Faateh of 142nd PMA Long Course. 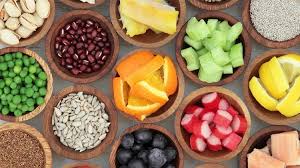 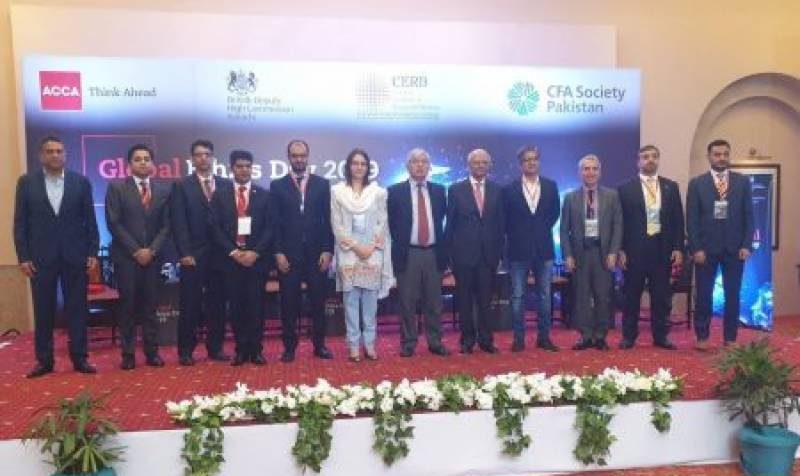