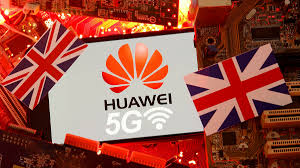 Huawei order to remove equipment from UK 5G networks by 2027

The UK economy was tipped to take an £18.2 billion hit due to an order to remove Huawei equipment from 5G networks by 2027, with the move likely to also result in further delays to deployments, a report commissioned by the vendor found.

Market research company Assembly published the report, which examined the consequences of a UK government plan to ban the use of Huawei 5G equipment and require operators to remove existing kit from their networks by 2027.

The UK government previously stated it expects delays of up to three years in 5G deployments as a result of the move, which was prompted by tightened US restrictions on the vendor.

Assembly said it considered the government’s estimation and built on it, finding the removal of Huawei equipment sooner than 2027 would “lead to a further delays to rollout and higher cost to both the UK economy and operators”.

In the last 12 months, UK operators made significant progress in deploying 5G, putting the country in a strong position to reap the future economic benefits, the company added.

However, it expects deployment to slow in the future, impacting global competitiveness and the associated economic benefits of being a leader in 5G.

Lost opportunity
Breaking down the £18.2 billion figure, the expected three-year delay would result in about £10 billion of productivity benefits being lost entirely.

Furthermore, under a scenario where the UK is a global 5G leader, the mobile sector would miss out on the opportunity to generate about £4.7 billion and related industries would lose about £2 billion.

The economy at large would miss benefits estimated at around £1.5 billion.

Matthew Howett, principal analyst and founder of Assembly, said the result of further restrictions on Huawei in the US will result in UK operators incurring billions of pounds-worth of costs.

“This report reaffirms there is also an untold cost in terms of the economy and impact on productivity a delayed 5G roll out will have, the scale of which the UK can ill afford given the current economic circumstances,” he said.