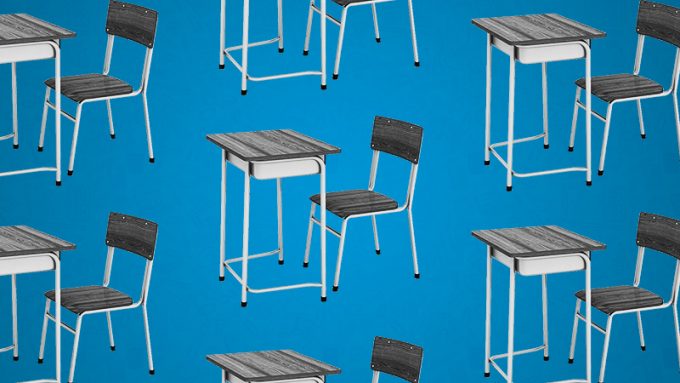 Federal Minister for Education Shafqat Mahmood said on Monday that educational institutions will reopen across the country in phases starting September 15, as COVID-19 infections continue to decline.

Addressing a press conference alongside Special Assistant to Prime Minister Dr Faisal Sultan, the education minister said that the National Command and Operation Centre worked hard and consulted with members of think tanks, specialists, and kept reviewing the situation in the region.

“All universities, Higher Education Commission’s (HEC) institutes and colleges will be reopened from September 15,” said Mahmood. “[The government] has allowed for classes of grades IX, X and XI to be conducted [from September 15] as well.”

The minister thanked parents for “patiently waiting” since the past six months, stating that the country is now able to reopen colleges and universities from September 15.

Stressing on the importance of monitoring children’s health, Mahmood said that students of grade VI, VII and VIII will be able to attend classes from September 23.

He said that on September 30, if “situation remains better” primary educational institutions will be allowed to reopen.

“In the next phase, decisions relating to [holding] examinations will be taken,” he said.

Mahmood clarified that vocational and skills-based institutes will also be allowed to reopen from September 15. He said that these included classes that focus on students of grade X and above.

“The reopening of schools is applicable on madressahs, public, private and vocational institutes as well,” said the minister.

The minister warned educational institutes’ management that failure to comply with COVID-19 SOPs would have consequences.

“It’s not easy to say this but if any educational institute is found not following SOPs and procedures, then action will be taken against them,” he said.

Speaking after Mahmood, Special Assistant to the Prime Minister on Health Dr Faisal Sultan said that it was important for schools to decrease the density of students in classrooms and laboratories.

“For example, if a class has 40 students, we would like to break it up into two days or shifts. In this way, 20 students can attend classes on one day and 20 on another,” he said, adding that this would lead to a decrease in the spread of the infection.

Dr Sultan said that the other reason for taking such precautions was so that students can be seated at a reasonable distance from each other. “This is only possible to do if the classes are broken up and a batch of students attend them in phases,” he said.

Stating that the mask has a very “integral role” in curtailing the infection, Dr Sultan requested parents to ensure their students wore masks when they went to attend classes.

He urged parents to cooperate with the managements of schools and colleges as well to work unitedly to defeat the infection. “Parents should make sure that if their child is sick, he/she should stay at home as your coming to school can infect another person,” he said.

The prime minister’s aide said that out of all the steps taken to reopen industries and restaurants after the decline in COVID-19 infections, this is the biggest step the government has taken.

Earlier, the education ministers decided that schools across Pakistan would be reopened in phases starting September 15 and strict monitoring would be done to curb the COVID-19 pandemic.

Mahmood had chaired a meeting of all the provincial education ministers to make a final decision regarding reopening of educational institutes across the country.

The ministers, according to sources, proposed that the schools would open in phases with classes from Grade 9 and up, as well as all universities, would reopen from Sept 15, while Grade 6-8 classes would resume by Sept 22. However, pre-primary and primary classes would reopen on Sept 30.

The Higher Education Commission’s (HEC) chairperson and executive director, Special Assistant to the Prime Minister on Health Dr Faisal Sultan, and officials of the health department were also present at the Inter-Provincial Education Ministers Conference (IPEMC), which aimed to compile the final recommendations regarding the opening of educational institutes.

The meeting was set to also focus on finalising the standard operating procedures (SOPs) in this regard. Educational institutes across Pakistan had been shut down back on March 13 in a bid to curb the spread of the deadly coronavirus.

The Single National Curriculum (SNC), a short curriculum for the current academic year, examinations in 2021, and establishment of anti-harassment bodies in the provinces were also on the meeting’s agenda.

A discussion on the transition plans related to the Basic Education Community Schools (BECS) and National Commission for Human Development (NCHD) was also planned for the IPEMC.

In this regard, Sindh Education Minister Saeed Ghani said all educational institutes were to open between September 15 and 30.

The provincial minister warned that the schools in any area that may witness a rise in the number of coronavirus cases would be closed.

Wearing face masks would be mandatory in the schools and strict action was to be taken in case of violation of the coronavirus-related SOPs, he added.

“Alternative day schedule to be followed by all public & private schools,” Raas said on Twitter.

Separately, in Khyber Pakhtunkhwa, the provincial education department has decided to conduct coronavirus tests on school staff and students.

“Health Department’s teams will be visiting public and private educational institutions to conduct random tests of teachers / staff / students / canteen vendors and all those persons who are working within the premises of educational institutions in an effort to detect COVID-19 positive cases and prevent the spread of disease,” a notification shared on the Twitter account of the ruling PTI’s KP chapter stated.

On August 27, the NCOC had suggested that all educational institutes in the country be reopened with a top-to-bottom approach — that is, universities first, then colleges, high schools, and so on) — and on a rotational basis.

The meeting was attended by representatives of various educational institutes — including public and private sector institutes, as well as madrassas — to reach a consensus on the opening of various institutes from university to school levels.

According to a statement released by the NCOC after the meeting, it was suggested that the timings of various institutes be reduced by suspending various activities, which involve mass gatherings, including co-curricular.

All participants were briefed on the current coronavirus situation prevailing globally, regionally, and in the country. They were also informed about the risks and challenges involved in the opening of educational institutes as it involved children of all ages.

The educational sector representatives were informed that the NCOC’s suggestions had been finalised after hectic and lengthy consultations with international experts, academia, and think tanks, particularly those who had been working on the reopening of the educational sector.

Prime Minister Imran Khan’s aide on health, Dr Sultan, told participants that while the eventual opening would be undertaken after a consultative process, the NCOC and the health ministry would closely monitor disease statistics on a daily basis.

The likely impact of tourism and Muharram on the opening of educational institutes would also be assessed, he added, noting that an IT-based monitoring mechanism was being developed to ensure health guidelines and COVID-19 containment measures in this regard.