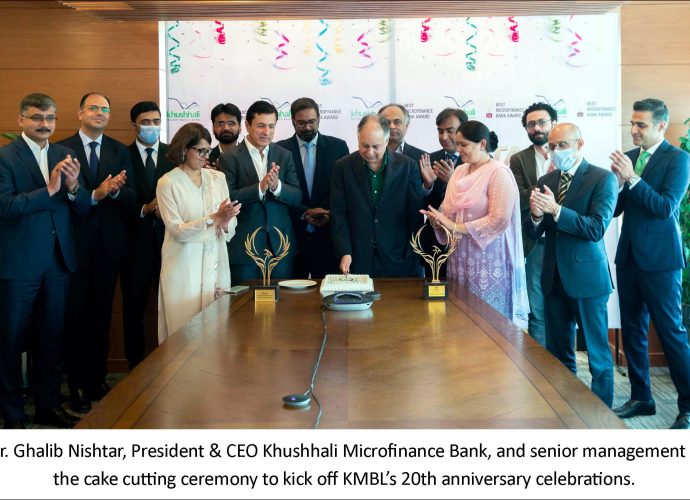 Khushhali Microfinance Bank was founded in 2000, with the vision to become the leading microfinance bank of Pakistan providing the most innovative financial services to micro, small and medium enterprises and low-income groups of Pakistan. The event marked two decades of its foundation while setting up a network of 195+ branches and 30+ service centers across Pakistan.Having serviced over 5 million customers to date, Khushhali bank takes pride in its legacy of providing access to finance to marginalized segment of the population, males and females alike, to invest in micro enterprises for a better future and realize their economic potential.

He added, “In the last 20 years, Khushhali Microfinance Bank has facilitated access to financial services for farmers, self-employed individuals, and home-based workers and particularly women; ‘It is an honour for me to lead this prestigious institution as it stands today.