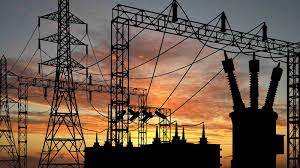 Minister for Information and Broadcasting Senator Syed Shibli Faraz has said providing cheap electricity to the consumers on sustainable basis is the top priority of the government.

Addressing a news conference along with Special Assistant to PM on

Power Division & Coordination of Marketing and Development of Mineral Resources Shahzad Syed Qasim in Islamabad on Saturday, Shibli Faraz said a basic agreement has been signed with the Independent Power Producers (IPPs) as a first major step towards providing cheap electricity to the consumers.

The Information Minister regretted that expensive power contracts were signed in the past and it was not possible to undo them unilaterally.

He said expensive electricity was the main concern of Prime Minister Imran Khan and he wanted to address the issue on immediate basis. Hence a team was constituted which held negotiations with the IPPs to revisit the old contracts.

The Information Minister said under the agreement signed with the IPPs, payments will now only be made for the electricity acquired and consumed instead of the total installed capacity of a particular power plant. Similarly, the equity return will now be made in rupee rather than the dollar as was the past practice.

Shibli Faraz lamented that nothing was done in the past to improve the transmission and distribution system which led to increase in line losses as well as circular debt. He said the PTI after assuming the power seriously started work to address the energy related issues.

The Information Minister said the present government is also giving special emphasis of increasing the share of renewable in the energy mix. Our target is to enhance its share to twenty to twenty five percent by the year 2030.  He said ten to eleven renewable energy projects have already been cleared. He said when this electricity will come to the system, it will also help reduce the cost of electricity.

Meanwhile Shibli Faraz has said Pakistan will continue to support Kashmiri people until they get their right to self determination. In a tweet on Saturday, he said on the 15th August, the Kashmiri people convey a message to the world community that the promise of plebiscite made to them must be fulfilled. He said those celebrating independence day today whilst snatching the freedom from Kashmiri people are trampling culture, democracy and human rights. This, he said, is a reflection of oppressive imperialist mindset.