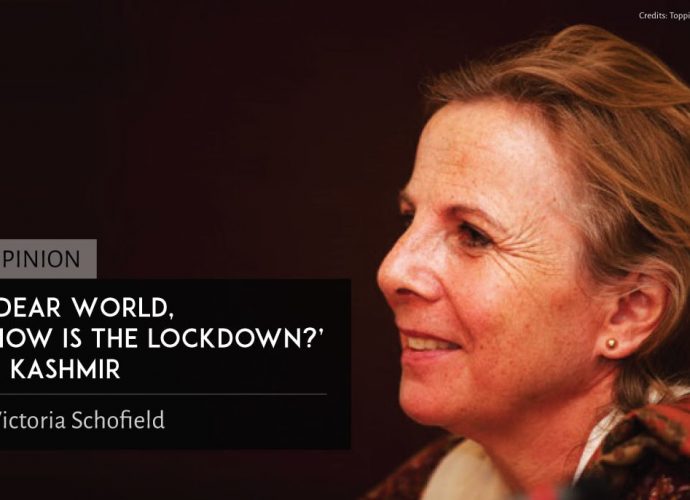 Dear World, How is the Lockdown?’ Kashmir. Victoria Schofield 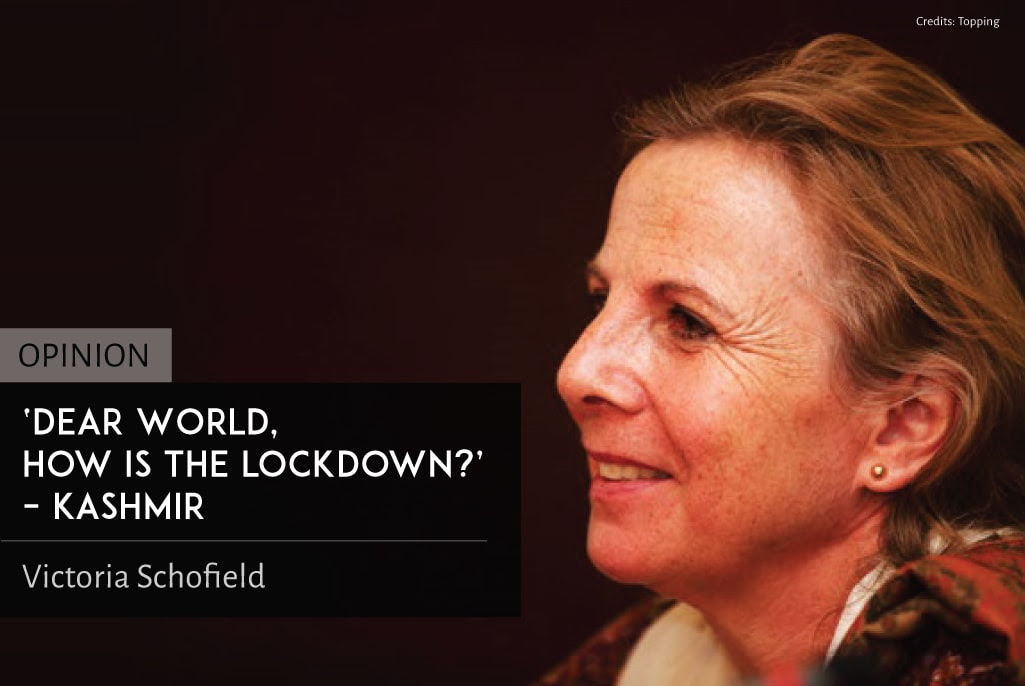 A year ago I was in the Valley of Kashmir. Although much had changed since my last visit, with new houses under construction, some roads repaired, there was still the same feeling of  gloom – of people living on the edge, unable to enjoy their lives and their magnificent surroundings to the full because they never knew when the next curfew was going to be imposed, when the next crackdown would come and whose family was going to suffer premature bereavement in an ‘encounter’ with Indian security forces. Even so there was still an expectation that, if only the two powerful neighbours, India and Pakistan, between whom the state remains de facto divided, could sit down at the negotiating table, as they had intermittently tried to do in past decades, some equitable resolution of the issue could be achieved (provided of course there was some consultation with a representative selection of Jammu and Kashmir’s 12 plus million inhabitants.)

But on 5th August 2019 – not long after I’d left the Valley –  everything changed. The Indian government’s decision to revoke article 370 of the Indian Constitution without consulting the inhabitants of the state, preparatory to passing the Jammu and Kashmir Reorganisation Act on 31st October 2019 creating two new Union Territories – Jammu & Kashmir and Ladakh – irrevocably altered the parameters within which any dialogue could take place.  “Before, we always thought there was a possibility of resolution,” said a young Kashmiri female NGO worker, who managed to leave the Valley soon afterwards and has not returned. “But now no one sees a dialogue happening which could reverse what has happened.” As Dr. Nitasha Kaul, academic and novelist of Kashmiri origin, said at a meeting of the Commonwealth Parliamentary Journalists Association in September 2019: “previously it was like a chess board where one piece would be moved and then another, but now all the pieces on the chess board have been swept aside and a new game has begun.”

That the action of abrogation was accompanied by one of the most severe ‘lockdowns’ the Valley has experienced with all internet facilities cut off, people confined to their homes, schools closed and all movement restricted, shows just how lacking in popular support in the Valley the Indian government’s action was. Even traditionally ‘pro-India’ Kashmiri political leaders, including three former chief ministers, were put under house arrest. Despite widespread international criticism, not only from the UN and EU but individual countries, the Indian government remained unrepentant. The action had been taken, proclaimed Prime Minister Narendra Modi, to quell the spirit of separatism which had pervaded Kashmiri society and hindered development.

When the winter set in, movement was inevitably even more restricted and the Jammu & Kashmir issue once more slipped down the international agenda. No sooner had the snows begun to melt that a totally new and unexpected phenomenon hit the headlines. The Coronavirus pandemic which put the entire world on lockdown took over our lives and continues to do so.  The irony of the worldwide lockdown was not lost on the Kashmiris, variations of the message ‘ “Dear World, How is the lockdown going?” Kashmir,’ trending on Twitter and other social media outlets.

Shortly before the epidemic hit western Europe and the United States, after eight months, limited 2G internet access was restored in the Valley; but the absence of 4G means that the rapid and efficient communication remains restricted; not only are people still deprived of an aspect of freedom of speech and expression which we consider inherent to our fundamental human rights, but, in such emergency times, inadequate internet access is depriving doctors and health workers of the ability to share advice speedily on the available precautionary methods to combat Coronavirus. Recently I heard how a doctor in the Valley, who, when the first case of Coronavirus was reported on 18th March, sent a message to a friend in Kent, England, to ask advice on measures to be used. The British doctor replied at once, but the document he sent would not download. The government is “being inhuman,” stated the Srinagar-based doctor. “The entire world is united in the fight against this disease, sharing experiences and information online, but we have been isolated thanks to the continued curbs on the internet.”

Moreover, in the wake of 5th August 2019, thousands of young men were arrested and taken to jails throughout India because there was not enough space for them in Kashmir’s jails. Are they still there? What crime have they been charged with? Why haven’t they been released? And, if they are still there, are they being given proper protection against Coronavirus? Not knowing their state of health during the pandemic remains yet another hardship for the people to bear.

Meanwhile the Indian government has continued with its programme of integration. On 1st April 2020, the domicile law was changed stating that those who have lived in the State for fifteen years have the right of permanent residence (reduced to ten years for government officials and seven years for high school students). Not only is this in direct contradiction to the now abrogated Article 35A of the Indian Constitution, which guaranteed the State Legislative Assembly the right to determine who had the right to permanent residence, but it goes contrary to the 1927 Hereditary State Subject order, requested by the Maharaja Hari Singh to prevent outsiders, including the British, from coming into the Valley and buying up the best land. Kashmiris can’t be blamed for thinking that the rationale behind the Indian government’s actions is an attempt to change the demographics and reduce the Muslims’ majority status. “Even during a pandemic of colossal magnitude, a party is going ahead with its Hindutva project to further dispossess Kashmir politically, economically and psychologically. With the obvious aim to instigate a demographic change,” Gowhar Geelani, a Srinagar-based political commentator wrote on Facebook.

Finally, what is most alarming is the Indian government’s stated objective – of bringing peace and prosperity to the Valley – seems as elusive as ever. Instead of winning the ‘hearts and minds’ of the new generation of Kashmiris who have grown to adulthood since the beginning of the insurgency in the 1990s, it has achieved the opposite. With or without inspiration from neighbouring Pakistan, a whole new generation of Kashmiris has grown up angry, one manifestation of which is the creation of a new militant group, The Resistance Front (TRF). What happens as spring turns to summer, remains to be seen. I fear the future will not be peaceful. 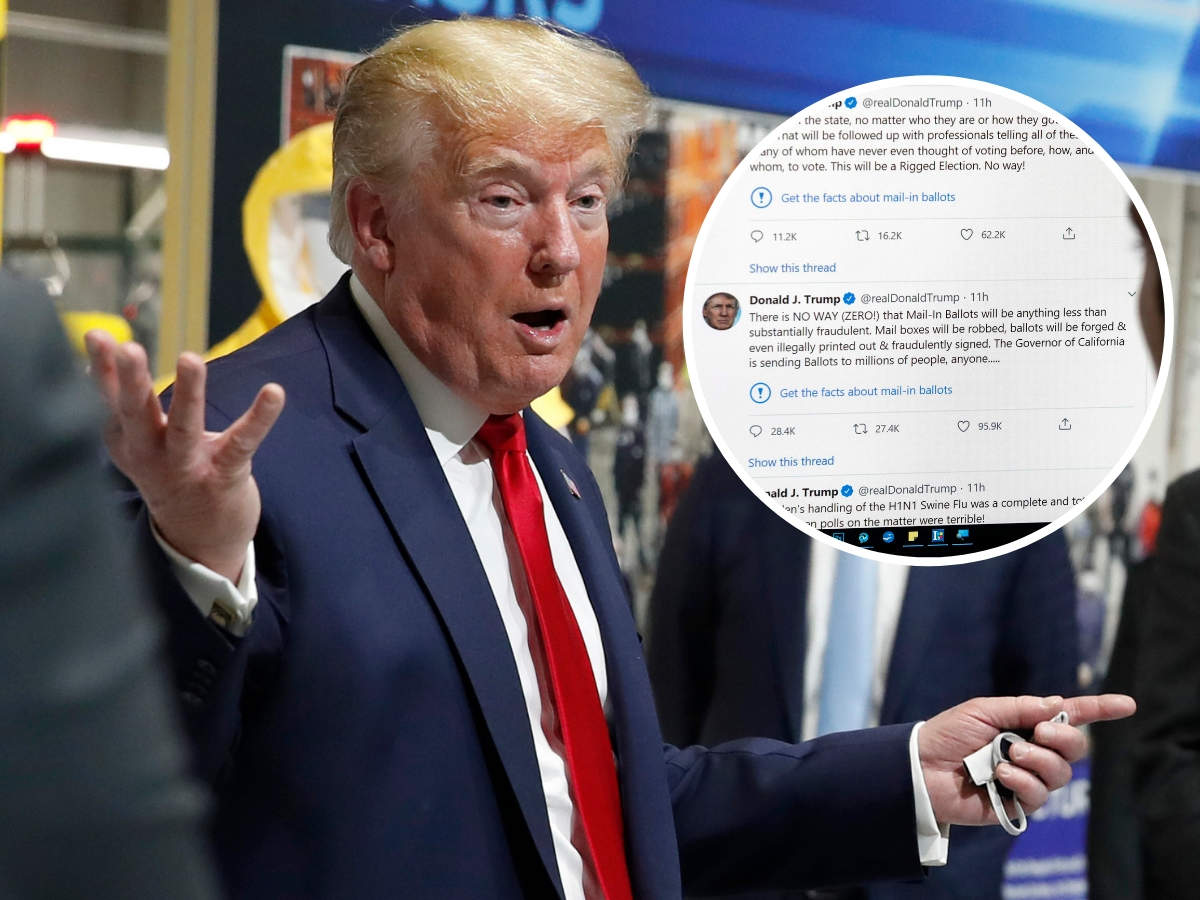 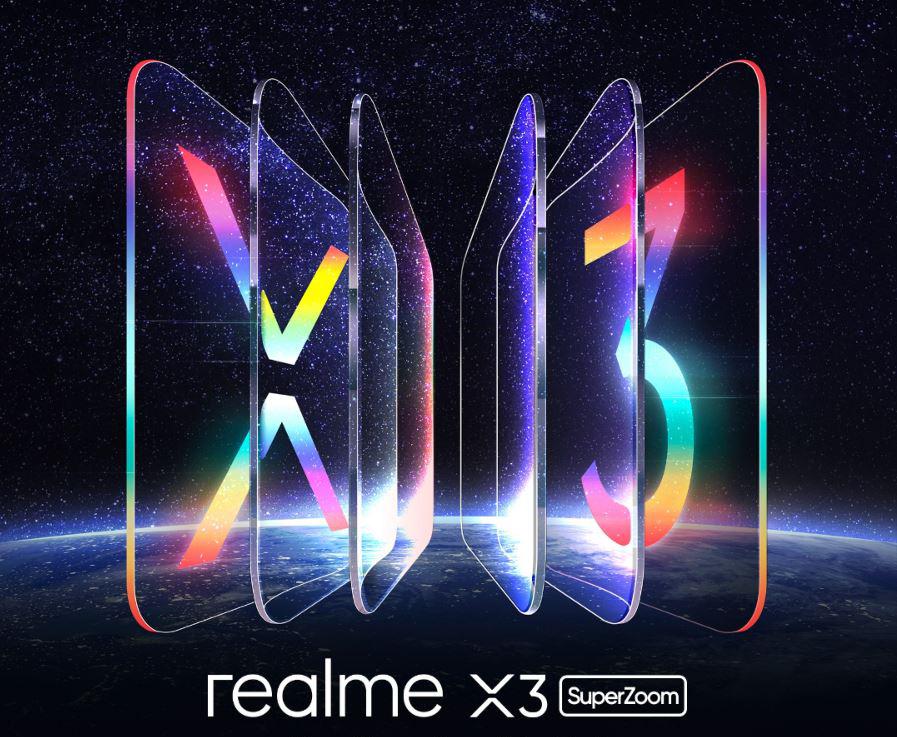 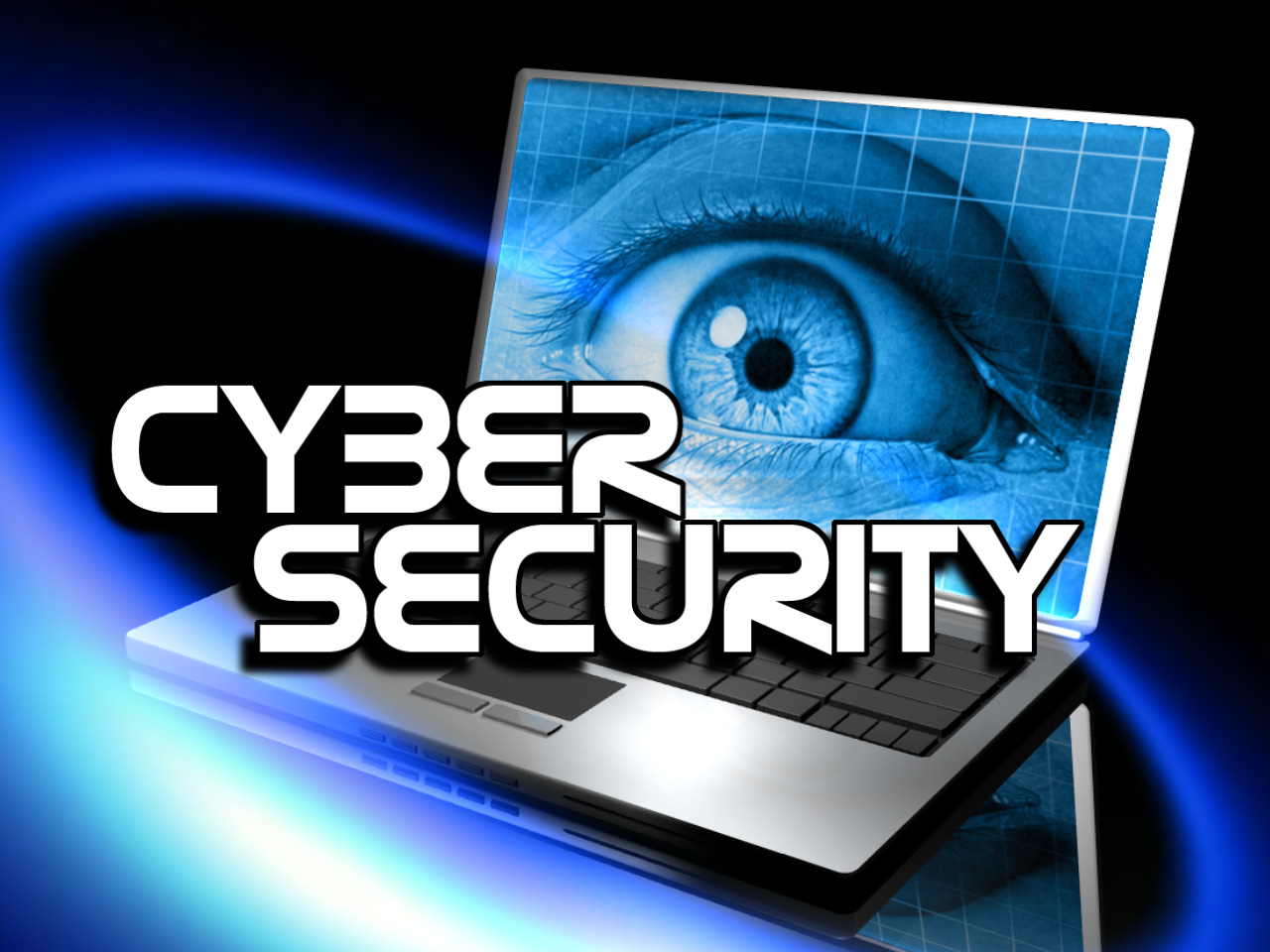 A new free tool to monitor an organization’s exposure on the Dark Web. 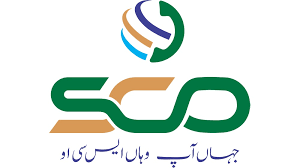 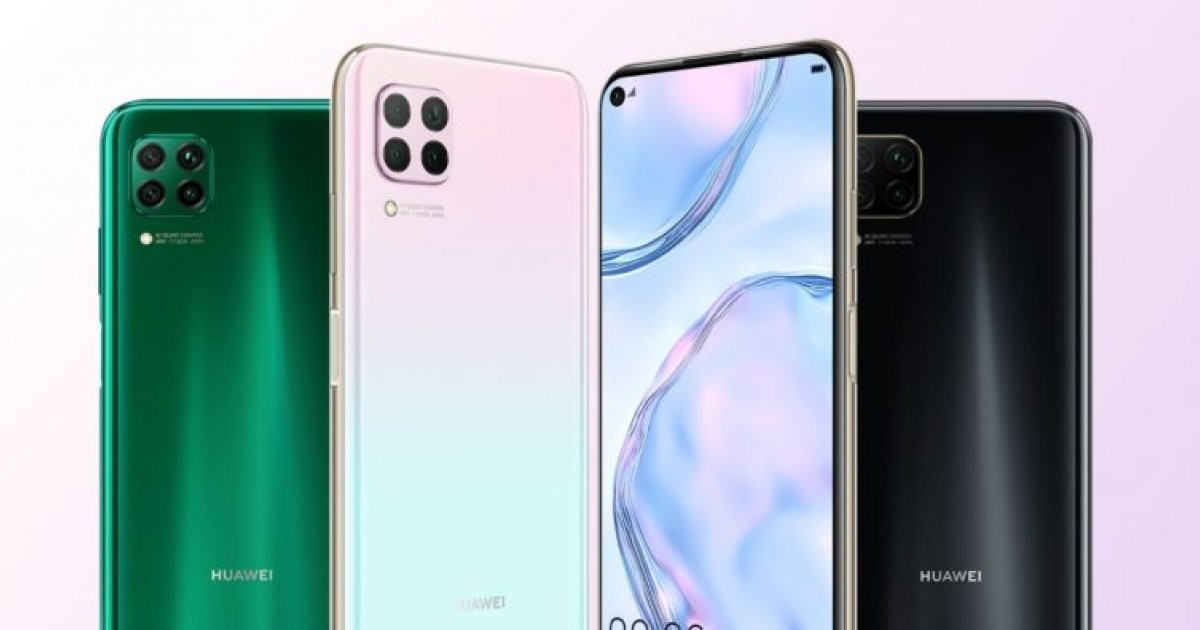 Capture Beauty Under Cover of Darkness, with HUAWEI Nova 7i