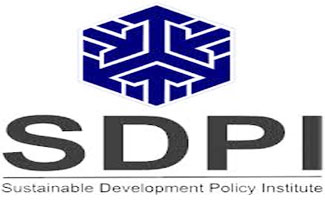 Executive Director Sustainable Development Policy Institute (SDPI) Dr. Abid Qaiyum Suleri said on Monday that despite many economic challanges the PML(N) government had presented a popular budget benefitting all segment of the society.

“It was a good sign for the democracy and continuity of the policies that in the 70 years history of Pakistan, 5th consecutive Federal Budget has been presented by a government being led by one prime minister”, he said while opresenting his detailed analysis on the federal budget 2017-18 at a post budget seminar here.
However, he said, a careful analysis of the federal-budget 2017-18 suggested a scenario where it was depicting economic stability.
He suggested that to link GDP growth with grass root social development, provincial economic surveys should also be conducted.
He appreciated that the allocations against Public Sector Development Programme (PSDP) have been significantly increased.
Deputy Executive Director SDPI,Dr.Vaqar Ahmad while highlighting various aspects of the Federal-Budget 2017-18, opined that a rational budget formulation process should be aim to reduce the inequalities through different instruments.
He suggested that this objective could be achieved through phasing out federal excise duty, simplification of general sales tax (GST) regime and reduction in GST rates as well as lowering of customs duties faced on inputs and finished goods used by the poor.
He added further that the recent literature on tax incidence also suggested that reducing indirect tax has a pro-poor impact if relief was provided in consumption of food, fuel, cooking oil, bread, milk, fruits, tea, sugar, and vegetables.
Senior Research Fellow SDPI,Dr. Sajid Amin also brought various aspects of the Federal Budget 2017-18 into discussion.