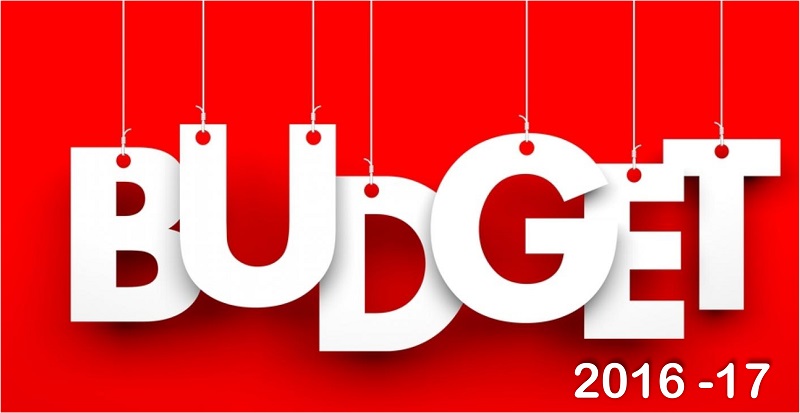 Finance Minister Senator Muhammad Ishaq Dar will present the fifth Federal Budget of the ruling democratic dispensation with an estimated outlay of Rs 4.8 trillion for the fiscal year 2017-18 tomorrow (Friday).
The National Assembly, already in session since May 23, will meet here at the Parliament House on Friday at 1600 hours, after a day break, for presentation of the federal budget.
The budget will lend further focus towards improvement in economic growth, maintaining fiscal discipline, reducing
non-development expenditures and boosting exports besides providing relief to the masses, promoting investment for job creation, treading the people’s friendly policies for over arching socio-economic prosperity.
Main focus in the budget would be on infrastructure and human resource development while the government is likely to enhance allocations for social safety net for providing maximum relief to vulnerable segment of the society, sources said. It would also focus on social sector development and revenue enhancement measures, besides introducing reforms for improving governance and boosting private sector investment. On revenue side, the government would introduce measures for bringing improvement in the system of tax collection, broadening the
tax base, and facilitation to tax payers, they said and argued that a strong revenue generation will play a crucial role in achieving the targets for economic growth.
From growth perspective, the federal budget would focus on generating 6% gross domestic product growth (GDP), and for this purpose the government would introduce some fiscal measures and policy initiatives.
The National Economic Council (NEC) chaired by Prime Minister Muhammad Nawaz Sharif on May 19, had already approved the Gross Domestic Product (GDP) growth target at 6 percent for the financial year 2017-18 while the government achieved a GDP growth rate of 5.3 percent in the outgoing fiscal year.
The NEC also approved country’s consolidated development budget of Rs 2.5 trillion for the upcoming financial year (2017-18), showing highest-ever increase in the overall national outlay.
This included Rs 1001 billion Federal Public Sector Development Programme (PSDP), Rs 1112 billion provincial PSDP while Rs 400 billion would be spent by various corporations from their own resources to carry out their development projects.
The development financing for AJK block in the upcoming PSDP has been enhanced from Rs12 billion to Rs22 billion, for Gilgit Baltistan it has been increased from Rs9 billion to Rs12 billion, while an additional package of Rs3 billion would also be provided for GB, hence taking the total funding to Rs15 billion for this region.
Development funding for FATA has also been increased from Rs21 billion to Rs24.5 billion.
The social sector was given importance in the development budget, financing for which has been increased from Rs90 billion to Rs153 billion.
In order to promote higher education and lead the country towards development, the budget for Higher Education Commission (HEC) has been increased from Rs21 billion in 2016-17 to Rs35.5 billion in 2017-18.
The government would announce growth targets for the upcoming fiscal year. According to official sources, the agriculture growth target would be fixed at 3.5 per cent, manufacturing by 6.4 percent, services sector by 6.4 per cent, while inflation would be curtailed at 6% per cent.
The investments would go up from current 15.8 to 17.2 percent, exports were projected to reach US $ 23.1 billion, adding that with the performance based incentives for export sector, the target could be revised upwards.
During the outgoing year (2016-17), the agriculture sector posted a growth of 3.46 per cent, the large scale manufacturing grew by 5.06 percent compared to 4.64 percent last year, while the headline inflation consumer price index (CPI) averaged at 4.1 percent during July-April 2017 against target of 6 percent, showing
that inflation will remain below the target.

2017-05-26
Previous Post: IT. sector is exhibiting accelerated progress with total turnover of $3.1 billion
Next Post: Haleeb reduces milk price to Rs.99/litre in Ramzan