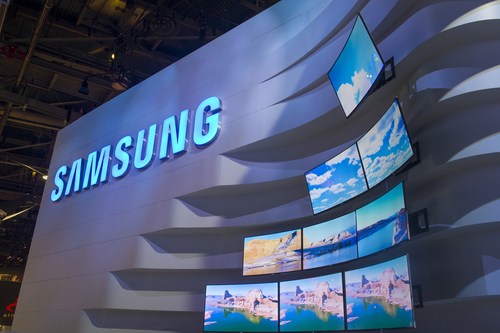 Samsung reported its operating profit in Q4 2016 increased 50 per cent year-on-year to KRW9.22 trillion ($7.84 billion), as record sales in its memory and display panel businesses offset the impact of a global recall and subsequent discontinuation of the Galaxy Note 7 smartphone.

The company said the stronger US dollar against the Korean Won also had a positive impact on its operating profit.

Revenue for the October-December quarter was flat from the previous year at KRW53.33 trillion. For the full-year, its operating profit rose 11 per cent to KRW29.24 trillion, with revenue up slightly to KRW201.87 trillion.

The IT & Mobile Communications division’s operating profit rose 12 per cent year-on-year in the quarter to KRW2.5 trillion due to strong sales of flagship products such as the Galaxy S7 and S7 edge, and improved profitability of low- to mid-tier models, the company said. The division posted KRW23.6 trillion in consolidated revenue, down 5.6 per cent from a year ago.

Samsung said in a statement it achieved solid results despite the global recall of the Note 7 in the second half of 2016 and would “prioritise consumer safety” as it moves to recover from the Note 7 debacle.

The South Korea-headquartered vendor announced yesterday the official outcome of a comprehensive investigation, which concluded design and manufacturing faults of batteries in its Galaxy Note 7 caused some devices to overheat. The company said it initiated several corrective actions to avoid similar problems in the future. In November 2016 the company promised to publicise the results of its investigation as part of a programme to rebuild consumer trust in its brand.

Handset sales reached 90 million units in Q4, with 8 million tablets sold. Its blended ASP for handsets was around $180. Smartphones accounted for mid-80 per cent of total handset sales during the quarter.

For Q1, the company expects total handset sales to increase over Q4, but forecasts a small decline in tablet sales. Blended ASP is also expected to increase during Q1 and the mix of smartphones is expected to hit the high-80 per cent level.

Kyeong Tae Lee, VP of Samsung’s Mobile Communications business, said despite the absense of the Note 7 in its lineup, Q4 shipments increased slightly year-on-year thanks strong sales of the flagship S7 and S7 edge as well as solid sales of low- and mid-range smartphones.

Lee said the company expects the global smartphone market to slow down in 2017.

Its semiconductor business reported a record operating profit of KRW4.95 trillion in Q4, increasing 77 per cent year-on-year on revenue of KRW14.86 trillion, which was up 12 per cent. The display panel division’s profit jumped fourfold year-on-year to KRW1.34 trillion, with revenue increasing 14 per cent to KRW7.42 trillion in the quarter.

Samsung expects overall earnings in Q1 to fall sequentially due to “increased marketing expenses in the mobile business and a sales decrease of TVs due to weak seasonal demand”. For its memory business, it is forecasting solid earnings despite seasonal weakness in the first quarter.

The company announced plans to buy back KRW9.3 trillion worth of shares this year.

2017-01-24
Previous Post: Huawei reduces Price for all its Hot Sellers!
Next Post: Nokia analysis demonstrates significant financial benefits for large enterprises moving to a private cloud from a legacy IT environment