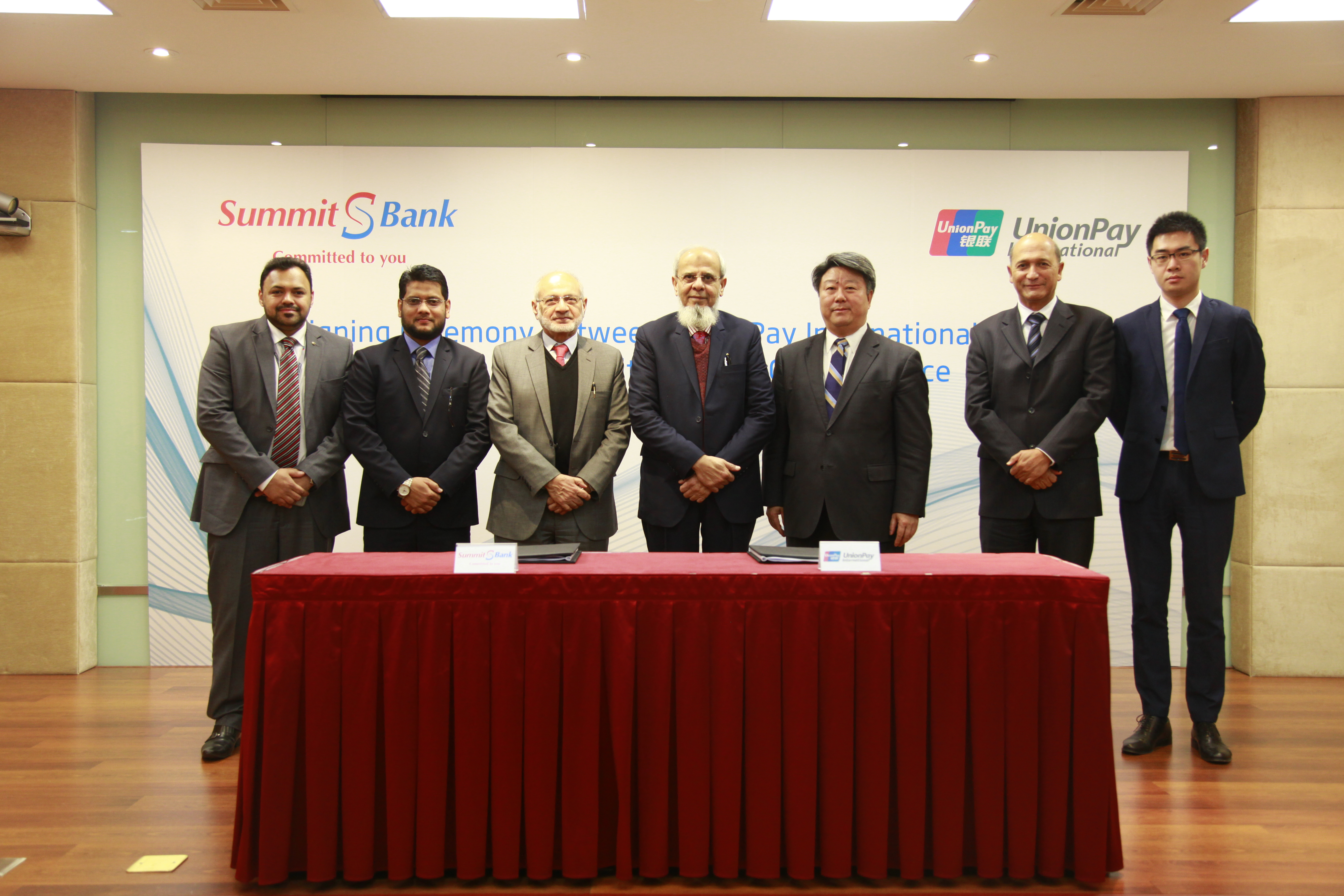 Summit Bank: UnionPay Card Serves as A Bridge to Boost Friendly Exchanges between China and Pakistan

“With the implementation of the Belt and Road Strategy and the construction of the China-Pakistan Economic Corridor, UnionPay has made remarkable progress in Pakistan.” Cai Jianbo said. More than 90% of the local merchants and over 70% of the ATMs accept UnionPay cards. Meanwhile, 3400,000 UnionPay cards have been issued in the market, and the transaction volume of these cards grew by over 2 times last year.

Summit Bank is one of the fastest growing banks in Pakistan. Through this cooperation with UnionPay International, the bank will change more than half of its cards in circulation into UnionPay chip cards, and will also issue new cards. These cards can be used in UnionPay’s global network while supporting online payment. Recognizing UnionPay’s advantages in network, products and service, as well as the security of UnionPay chip cards, Summit Bank will promote UnionPay cards as its key products.

Muhammad Zahir Esmail said, Pakistan and China are as close as family; Summit Bank and UnionPay International are close partners. The UnionPay card has become an important bridge between China and Pakistan. Through this cooperation, Summit Bank will provide the best debit and prepaid cards service for customers in Pakistan, and is looking forward to the two sides’ further cooperation in more fields.