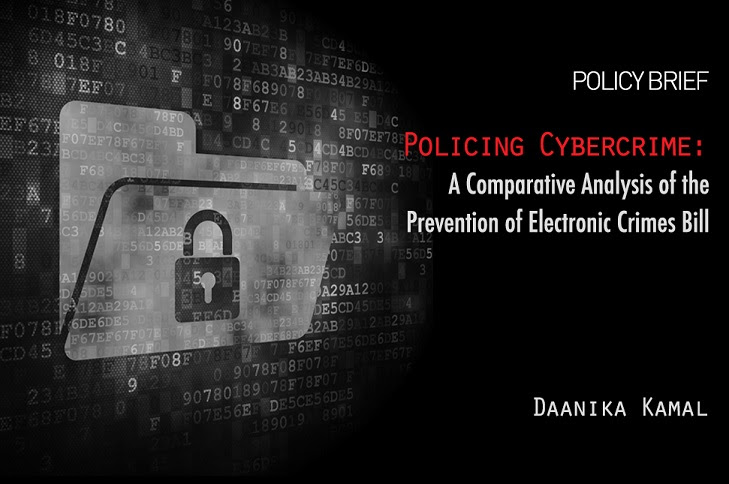 Despite uncertainty and questions over implementation and investigation mechanisms, the Pakistan’s Prevention of Electronic Crimes Bill (2016)became operational just days after it was passed. The first case of cybercrime surfaced in Khyber Pakhtunkhwa, where a man was arrested for blackmailing women by uploading fake videos on social media websites. Under the PECB, the accused was taken in for cyber-stalking and spoofing. More recently, a University professor was arrested for harassing a female teacher under Section 21 of the PECB, which includes offences against the modesty of a person. Jinnah Institute release comprehensive Policy Brief PECB 2016.

In comparison to similar cybercrime bills around the world, PECB mandates harsher penalties for offences, and goes one step further to criminalize acts which are not considered unlawful in comparable nation-states. Clauses aim to restrict internet freedoms, curbing freedom of speech, access to information and the right to privacy. The need to balance legislation on cybercrime while ensuring freedom of speech remain key concerns, and are likely to impact the already restricted space for public discourse.

For the scope of this brief, PECB has been compared to similar legislation in the United States, United Arab Emirates and India. The US law applies to majority of social media companies which have branched out to Pakistan in recent years and is therefore important to use as a comparative point for examination. India mirrors Pakistan’s governmental structure, which allows for a political lens into the drafting of the PECB. And UAE’s socio-religious stance, as incorporated into aspects of its national legislation, brings a different dimension to the legal analysis.

Please find full text of the Policy Brief as a PDF file.