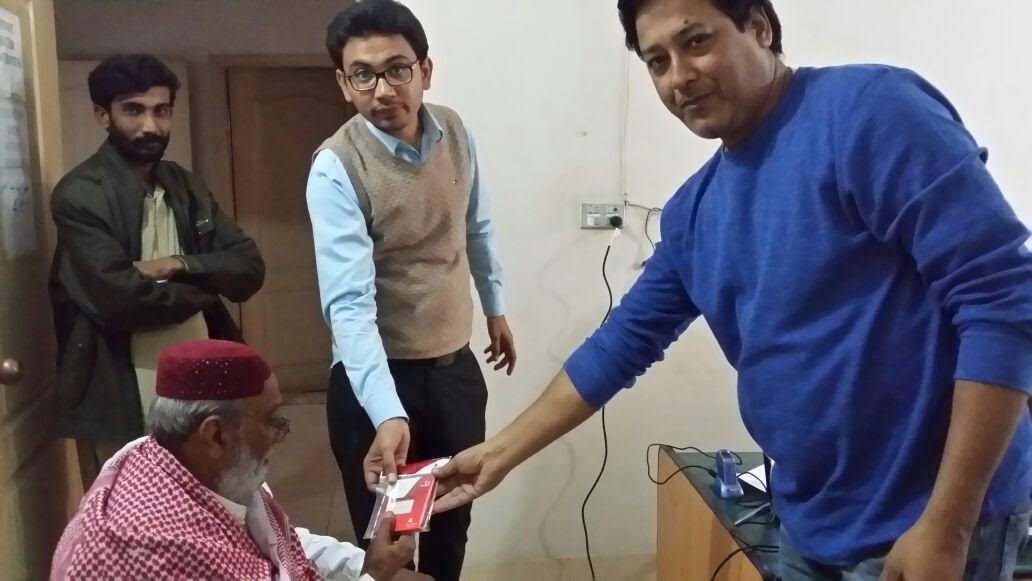 As Bank Alfalah completely takes over the pension disbursal systemto EOBI pensioners,pension disbursement from National Bank of Pakistan will discontinue from February 1st, 2017. Currently, more than 270,000 ATM cards have been issued by Bank Alfalah branches. Around 220,000 pensioners received pensions in their EOBI wallet accounts in the month of January 2017. The system has already started doling out immense ease and convenience to the aged pensioners who no longer require visiting bank branches to collect their pensions.

In order to expedite registration and debit card issuance, Bank Alfalah recently set up special camps at Thattaand Khewrato issue EOBI Debit Cards to pensioners of the far-flung areas of lower Sindh and the Salt Range, Punjab respectively. EOBI pensioners from Thatta, Gharo, Makli, Jhampir, Keenjhar and other adjoining areas of Thatta got their cards issued through biometric verification from the camp at EOBI Field Office Thatta. Similarly, EOBI pensioners from the towns of Khewra, Lillah and PindDadan Khan are approaching the camp setup at Municipal Committee Office Khewra.

The pensioners at the camps hailed Bank Alfalah for introducing a groundbreaking facility to rescue the aged pensioners from the exhausting exercise of pension collection from bank branches every month. They were excited to know that they will no more require traveling to Thatta city and will be able to withdraw their pensions from the comfort of the nearest ATM machines.

“I feared that I would have to travel to Badin to get my card. It is not easy for a woman of my age with diabetes to travel these long distances. I am relieved that I am getting my card here in Thatta,” said a widow pensioner waiting for her turn at the Camp.

Commenting on the development,YasirRiaz, Bank Alfalah, said: “This will become a role model for the banking industry to cater to the financial and banking needs of the unbanked masses. Such camps provide convenience to the pensioners whose banking needs are met without setting a foot inside a bank branch. Bank Alfalah was cognizant of the difficulties faced to the old pensioners who dedicated a lifetime to the service of the country. It is now payback time and we are extremely happy to initiate the process by eliminating the difficulty in pension collection. The camps are meant to reach out to the pensioners of far-flung areas to expedite the process of registration and card issuance.”

Bank Alfalah, after securing the contract for disbursing pensions to EOBI pensioners, decided to digitize the overall system to make it efficient, easy and accessible to the pensioners. The bank has already started disbursing pensions through digital wallets linked to Union Pay International powered debit cards and is due to complete the process by the end of February 2017. The enterprise is part of Bank Alfalah’s initiatives for promoting financial inclusion in the country.

2017-01-18
Previous Post: Anusha Rehman is invited by the British Prime Minister
Next Post: Samsung inaugurates another Smart Hub in Islamabad