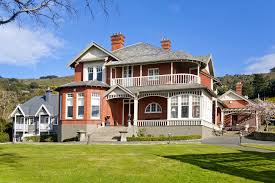 The Competition Commission of Pakistan (CCP) has issued show cause notice to a Lahore-based real estate company, M/s Vision Developers (Pvt) Limited, for prima facie deceptively marketing a housing scheme in the name of ‘Park View Villas’ without obtaining approval of the concerned authorities, thus violating Section 10 of the Competition Act, 2010.

CCP received a complaint wherein it was alleged that M/s Vision Developers (Pvt) Limited is offering residential and commercial plots in an unauthorized/unapproved housing scheme, namely the ‘Park View Villas,’ by concealing the material facts from the consumers/investors in the marketing campaign.

It was further alleged that the location of the ‘Park View Villas’ is being shown in the marketing campaign of M/s Vision Developers in an area where another housing scheme in the name of ‘River Edge Housing Scheme has been registered with the Lahore Development Authority.

An inquiry conducted by the CCP’s Office of Fair Trade established that by running a deceptive marketing campaign, the real estate company not only deceived consumers but also harmed competition in the market. During the inquiry, M/s Vision Developers failed to provide a satisfactory justification in support of its claims pertaining to the authenticity of ‘Park View Villas,’ thus violating Section 10 of the Competition Act. A show cause notice has been issued to the Undertaking and it has been called upon for hearing on a given date.

CCP is vigilant to the marketing campaigns being run by different housing societies throughout the country to protect the consumers’ interest from anti-competitive practices, particularly deceptive marketing practices.

CCP is mandated under the Competition Act to ensure a healthy competition in all spheres of commercial and economic activity to enhance economic efficiency and to protect consumers from anti-competitive practices.