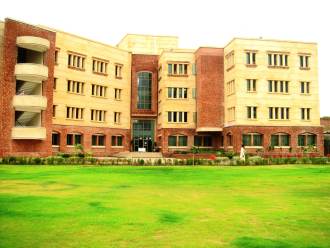 Running into deficit, the administration has sent its favourites on cultural visits to Morocco

COMSATS Institute of Information Technology (CIIT) – which was established in 1999 to develop world class IT institution amidst a growing global industry, has apparently failed to live up to the promise and the government has refused to approve any new project for the institute for the next fiscal year over reports on alleged massive irregularities, hiring blue-eyed guys and misuse of funds.

According to sources, the institute has re-hired over 55 aged advisors on heavy salaries in violation of government rules and the Supreme Court orders. The pro-Rector of the institute, who hires top faculty, claims to have a PhD without any course work just on the basis of his articles in foreign journals. Interestingly, HEC does not accept PhD without course work. The institute is running into Rs1 billion losses despite heavy government funding and annual revenue of billions from fee collection.

The government has already spent Rs8.2 billion on the development budget of the institute during last 16 years while it is also getting recurring grant of Rs6.9 billion from the national exchequer.

On the other hand, despite running into deficit, the administration has sent its favourites on cultural visits to Morocco along with the students twice in the last few years spending millions on non-productive cultural shows in the country.

Although the institute has now campuses across the country and has enrolled over 37,000 students, its contribution towards IT research and export is yet to be seen. In Pakistan it is ranked four in the category of large universities but globally it is not among even 500 top institutes. The management is spending lavishly on infrastructure and foreign cultural tours but students and majority of the faculty don’t get to see the ‘rich’ side of CIIT and have to make do as a regular government institute culture with old computers, faulty WiFi internet, poor technical facilities and no access to printers.

This year the government has refused to approve any new development project for the institute, asking it to show performance to deserve the precious grant. While contacted, the minister for planning and development Ahsan Iqbal admitted that CIIT could not get government funding for its new project for the next year but mentioned financial constraints as the prime reason for the non-approval of the institute’s projects.

However sources said the minister was not happy with the performance of the institute, especially its contribution towards scientific innovation and research in the country.According to sources, the institute has re-hired around 55 blue-eyed advisors, all retired from the government jobs, despite the ruling of the Supreme Court of Pakistan dated June 6, 2013. More than half of these re-employed advisors and consultants are not even PhD holders such as Shahid Ansari, Javed Zafar, Mukhtar Ali Malik Yousafzai, Khan Shaukat, Qamar Shah, Arif Masud, S. M. Junaid, Abdul Shakur, Ch M Rafiq, Ahmad J. Jafri, Hasan Zaidi, Aziz A. Qureshi, Fauzia Nasreen, Ghulam Haider, Nasreen Sultana, Afzal Ebrahim, Ikramul Haq, Iqbal Muzaffar, Mazhar Habib, Zainul Abedin, Shahid Hameed, Muhammad Asif and Muhammad Rafi Butt. Most of them are enjoying perks and privileges because of personal relations with the top management. Over 12 million rupees monthly are spent on these retired, re-employed persons in salaries and perks, for very little or no contribution to CIIT.

One of the top managers of the institute is 66 years of age and is on third extension in violation of the government service rules and Supreme Court orders. He has been on this post for 16 years. His brother and a few more relatives and many friends and ex-colleagues are employed in CIIT.

In accordance with Civil Service Act of 1973, federal secretaries, generals, public sector university vice chancellors and other heads of government organisations retire at 60 so that promotions are not blocked and new people with new ideas come to the top.

Another shocking example is pro-Rector of the University Haroon Rashid whose webpage on CIIT website claims he has a PhD in Computer Science without mentioning the institute. In a written reply to The News query, it became known that Haroon Rashid was ‘awarded’ his PhD degree by Preston University on the basis of his published research papers. Dr Haroon did not complete any course work as according to CIIT’s written response “he did not have spare time from his job at CIIT”.

Interestingly, the pro-Rector is responsible for interviewing, hiring and promoting foreign and locally qualified PhDs and all other faculty and staff. His wife, Tahira Haroon, is chairperson of CIIT mathematics department since 2003.

When contacted by The News, Haroon Rashid said he is working at the same position since inception of CIIT and much before he obtained his PhD degree.He said the degree is awarded to him by Preston University, as “he and CIIT could not afford to send him abroad and stay away during the development phase of CIIT”.

A spokesman of the institute said Haroon has earned his PhD degree “mainly by publishing in international journals of repute”.In his point-wise written relies all issues mentioned by The News, the spokesman of CIIT said due procedures were followed for appointment and extension of the incumbent Rector of the institute, who happens to be the founding Rector as well as the principal architect of the impressive growth and expansion encompassing different spheres of a quality academic institution. It is usually a norm that persons of eminence serve as vice chancellors, rectors even after superannuation. Such examples exist in QAU, Punjab University and other institutions.

The spokesman did not deny the re-employment of retired advisors saying: “In order to fulfil the needs of an evolving and growing institution, certain senior personnel are needed to guide the middle and younger officers, faculty. Different individual, hired on contract basis, provide such mentoring as well as help in developing the rules and procedures of an evolving institution. Accordingly, services of certain individuals have been hired in the preceding years on imminent need basis.

“It is needless to mention that there is an acute shortage of senior faculty members in the country and these senior people fulfil the requirements”.

But the experts believe that the spokesman’s logic for illegal re-hiring is ridiculous as mentoring the young faculty should be the job of senior faculty, not retired and re-hired ‘advisors’ and that too when they are hired on basis of personal relations.

Talking about the utilisation of government grant and budget, the spokesman admitted that Rs8.2b development grant had been provided to CIIT for some 50 projects across the country of which 45 have been completed. He said with Rs6.9 billion recurring expenses provided by the government to CIIT have produced 30,000 graduates including 100 Phds. However he could not give example of any innovation by the graduates of institute, which could benefit the country in the areas like energy crisis etc.

He said generous scholarships are provided to the needy and meritorious students. The CIIT spokesman said Rs1 billion “resource gap” is there which by no means “is much when incurred over a period of 15 years.”

“Maintaining a staff ensemble comprising some 1000 PhDs and maintaining the campus meticulously involve expenses,” the spokesman said.Responding to a query regarding Ahsan Iqbal’s expression of dissatisfaction over the performance of CIIT, the spokesman denied the report saying the institute had requested the minister to allow for a presentation and the same was made in February 2015.

The spokesman denied financial mismanagement by the top officials of the institute and claimed that the accounts of CIIT are audited regularly and reports are available.

Asked about the lavish spending on cultural tours and foreign tours of some officials of CIIT, the spokesman said the faculty and staff travel to other countries on need basis. “Such visits have been productive in forging linkages with the universities abroad”

He said two visits to Morocco were made a study tour and were spread over a period of five years. The expenses involved are approximately Rs5.5 million. The participants included 80% students and 20% supervisory staff and were selected by the senior faculty on the basis of transparent and fair criteria.

The spokesman said the governing body of CIIT is the Board of Governors (BoG) that is entrusted with taking all major financial and hiring decisions. But a careful study of the composition of the BoG shows that 15 of its members are employees of CIIT, working directly under the powerful Rector as compared to 6 other members including government officials. As a result, the BoG decisions are almost always those that the Rector desires.

The News also conducted a detailed interview with the top management of CIIT, including Pro-Rector Dr Haroon Rashid, Registrar Prof Dr Izhar Hussain and Director Planning and Human Resource Management Tahir Naeem. The management explained its position on the all the issues and later gave a written reply to all the questions of The News.

To a question on hiring on Blue-eyed guys the management denied the impression. “In fact authority to take decision at BIIT rests with various administrative, academic and financial bodies and not with the rector,” says the reply. The system is fairly democratic and allows various functionaries to take decision and freely express themselves at such fora.

The management also denied that only favourites are sent on foreign tours. “The decisions about the foreign tours are taken on need basis. The participants are selected by the senior faculty on the basis of transparent and fair criteria.”

Asked about dominance of management loyalists in BOG, the management said the Board has been constituted under the rules all the members including those from CIIT, take their decisions freely. The affairs of CIIT are governed by the BOG consisting of eminent scientists, educationists and policymakers. The Board also has representation from the Ministry of Science and Technology, Ministry of Information Technology, Ministry of Education, Higher Education Commission, NESCOM, PAEC etc, and the academia, said the management.