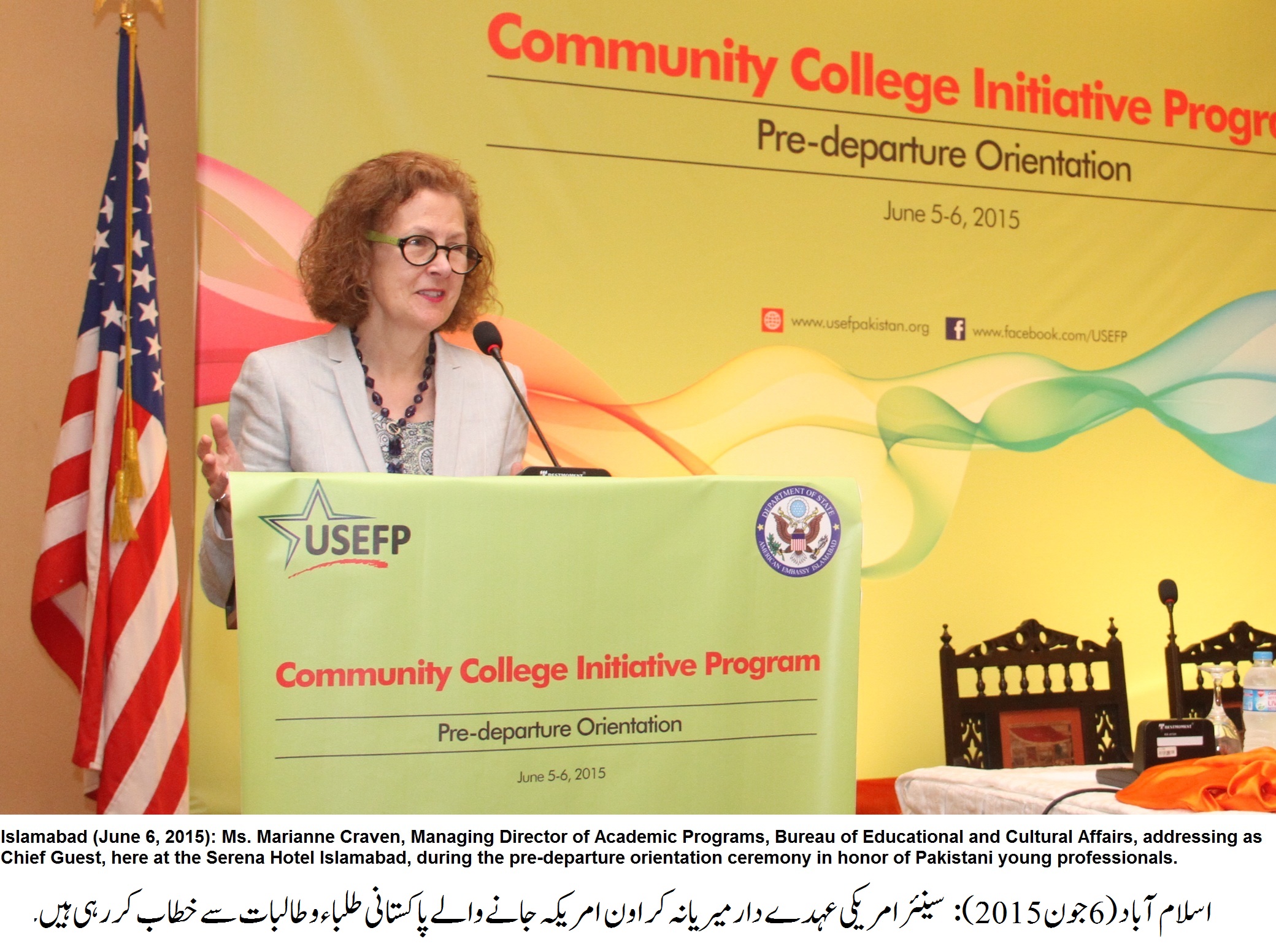 By: admin
In: Higher Education
Tagged: 4000, CCIP, Pakistani, students, USEFP
ISLAMABAD ( BMZ REPORT )
A senior U.S. Official has said that Pakistani students must have good knowledge of their own culture to represent positive picture of Pakistan while studying in the United States, disclosing that so far, 318 Pakistani students have participated in the U.S. government-funded Community College Initiative Program (CCIP).

She was addressing as Chief Guest during the pre-departure orientation ceremony, here at the Serena Hotel Islamabad, in honor of Pakistani young professionals who were selected to develop leadership, professional skills and English language proficiency while studying at a community college in the United States. This year, of the 76 grantees, thirty-one percent are women. The participants come from all regions of Pakistan including Balochistan; Capital Territory; FATA; Gilgit/Baltistan; Khyber Pakhtunkhwa; Punjab and Sindh.

Marianne Craven, during her speech, encouraged the Pakistani CCIP students to avail all opportunities to gain practical experience in academic coursework, professional development, community engagement, and exploration of U.S. culture and society, hoping that this multifaceted experience would empower the students with 21st century skills, which would have positive impacts on their personal lives and society as a whole when they back to Pakistan ready to engage with their communities. She concluded.

On the occasion, the other local speakers also shared their past experiences of studying in the U.S. Educational Institutes, emphasizing the need to promote people-to-people contacts while staying in the land of opportunities.
The U.S. Embassy in Islamabad and its constituent posts in Karachi, Lahore, and Peshawar administer the largest investment of U.S. funds in educational and cultural programs in the world.

The ceremony was attended by the participants coming from all regions of country, media representatives, and officials from the U.S. Embassy and the USEFP. 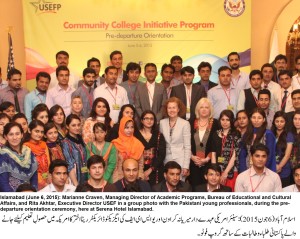