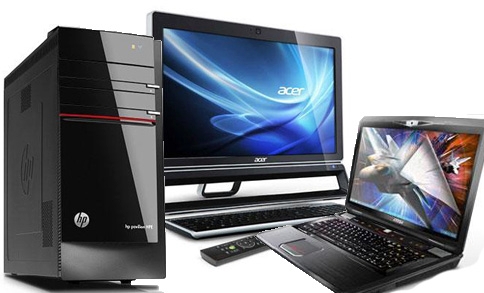 PCA Calls for rationalization of the existing tax structure

Munawar Iqbal, Chairman Pakistan Computer Association (PCA), presiding over a meeting of the Association in Islamabad, has emphasized the need to rationalize the existing tax structure in the country to generate additional revenue in the government tax next. Meanwhile, the Federal Board of Revenue (FBR) is reviewing a budget proposal of computer industry to fix import duties/taxes at Rs.3000 on the import of laptops and desktops computers in the budget (2015-16) to generate an additional revenue and provide an opportunity to informal importers to declare and clear imports on fixed assessment rates.

He said, the PCA has carried out a detailed analysis and comparison of imports made by documented importers and informal sector for Ministry of Finance and FBR. The working paper has provided an opportunity to the government to simultaneously achieve two objectives i.e. documentation of all importers in computer industry and secondly major jump in revenue collection from computer sector in 2015-16. Through introduction of fixed tax regime in budget 2015-16, the broadening of tax-base as well as major increase in revenue collection would be witnessed. The industry is also willing to give assurance/guarantee for expected rise in revenue and documentation of all importers following fixation of tax rates on the import of said items, he added.

The fixation of tax rates at Rs.3000 on the import of laptops and desktops computers from 2015-16 would discourage the importers in informal sector to illegally import computers. The cost of smuggling would become higher as compared to the fixed rate of taxes at Rs 3000 for legal imports.  Due to absence of incentive to smuggled computer apparatus, everyone would be happily ready to declare and pay Rs 3000 fixed tax without bypassing the legal system of the FBR, he added. Besides, people belonging to the low-income group will be able to afford to buy a standard notebook.

Chairman PCA Munawar Iqbal said that according to some estimates based on the market size, around 420000 laptops at present are being imported annually and only 35% of these are imported legally. The annual revenue collection on these 147000 laptops under legal import doesn’t exceed Rs.1.146billion.  In contrast, if taxes are rationalized at a fix charge, the illegal business would lose its charm and would have to be part of legitimate business resulting in Rs819million becoming the part of the tax revenue. He gave a break-up of the laptop imports both legal and illegal with estimated values as below:-

By presenting analysis of the price mechanism, he said the fixed tax of Rs.3000 on laptops would certainly discourage smuggling and at the same time provide the low income groups affordability of buying an expensive notebook. This win-win situation would result in a considerable increase in the revenue to the tune of Rs.1,260,000,000, he said.  Similarly, if the government charges the same fixed tax of Rs3000 on desktops computers, with a market capacity of 600000 annually, it could get a huge amount of Rs.180,000,0000 in the tax net, he added. This would remarkably increase the IT industry’s share in the national economy, he added.

He said that the common consumer at present is forced to pay 30 % additional price in the form of various taxes (17% GST; 3% Advance Tax, 6% Income Tax, 1% Custom Duty, up to 3% other miscellaneous charges) on computer and other accessories and thus have to resort to illegitimate business channels like buying smuggled items, he concluded.