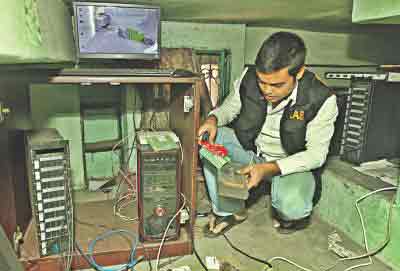 According to details, successful raids against the grey operators were carried out along with FIA team at two different areas of Lodhran. First raid was carried out near DHQ Hospital, Lodhran. Two illegal gateways comprising of 2×16 ports were confiscated.

Second raid was carried out at residential house at Usmanabad, Lodhran. An illegal gateway comprising of 1×16 ports was confiscated from the scene. Two persons were arrested and were in FIA custody for further investigation.