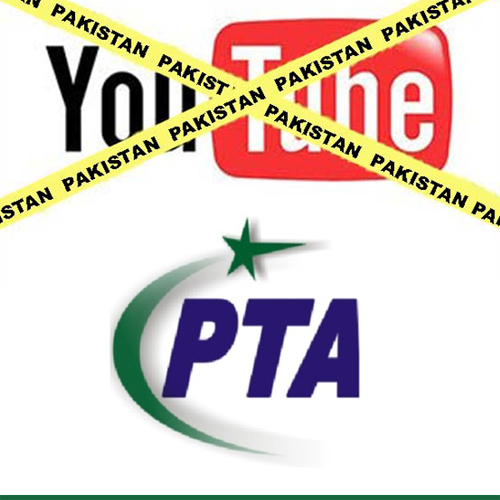 Prime Minister Nawaz Sharif has disbanded Inter-Ministerial Committee (IMC) for content management on internet and granted these powers to regulator— PTA— with the mandate to devise effective mechanism in this regard.

In the wake of blockage of YouTube in Pakistan after unwarranted release of blasphemous film that had sparked countrywide protests, the content management has got immense importance where no one was ready to take responsibility to place an effective filter for blocking or restoring contents at accelerated pace.

The Ministry of Information Technology (MoIT) announced on Friday that Pakistan Telecommunication Authority (PTA) has been entrusted by the Prime Minister to put in place an effective and sustainable web content management system.

Due to a massive surge in scale and scope of content available over the internet and resulting increase in frequency of relevant complaints, the effectiveness of the IMC mechanism was not sufficient to meet the increasing demand and there was a requirement of institutionalizing sustainable web content management system.

The prime minister, on the recommendation of minister for IT, has approved the disbanding of Inter-Ministerial Committee for Website Evaluation and vested the responsibility of web content management in PTA being the regulator of licensees providing internet access while ensuring strict compliance of the Constitution and relevant laws vis-à-vis web content.

The PTA, according to MoIT, has been mandated to establish a mechanism for web content management. While treating obnoxious content, the fundamental rights of the citizens as enshrined under the Constitution will be safeguarded and the participation of relevant stakeholders in evaluation of complaints and decisions thereon will be ensured. A mechanism for redressal of grievances for affected users will also be provided. To ensure effectiveness of the content management system, PTA will also adequately strengthen its web monitoring cell.

The MoIT had forwarded a summary to PM for disbanding the Inter Ministerial Committee (IMC) for identifying objectionable and blasphemous content at internet and granting powers to PTA for undertaking this crucial assignment last month.

It was desire of the MoIT to grant more powers to PTA for undertaking responsibilities in this regard.The Islamabad High Court had already barred the IMC for playing any role for content management at internet so the MoIT moved ahead to give another proposal to the government to strengthen the role of PTA.

The mechanism of IMC was created during the last PPP tenure through issuing of notification by competent authority and after slapping ban on YouTube its role got immense importance for identifying objectionable content at internet and then assigning PTA to block unwarranted websites.

When contacted top guns at PTA Friday said that they had already placed an internal mechanism to block all kind of unwarranted material including blasphemous and pornographic so the PTA would strengthen its mechanism to comply with the latest orders of the competent authority. “We have been asked by the Islamabad High Court to block unwarranted contents at internet and we were already providing compliance report to the court in this regard,” they added.

It is also mandate of the PTA to promote rapid modernization of telecommunication systems and telecommunication services, to investigate and adjudicate on complaints and other claims made against licensees arising out of alleged contraventions of the provisions of this Act, the rules made and licenses issued there under and take action accordingly.