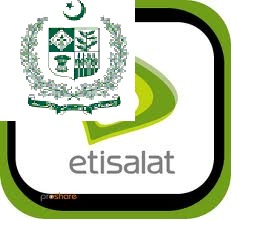 Although still a giant in the telecom sector, with total assets of Rs240bn and a market capitalisation of Rs130bn, the Pakistan Telecommunication Company Ltd’s market share has been diluted by the entry of mobile operators.

While the government has the largest stake of 3.171m shares (62.2pc) in the entity, Etisalat International Pakistan (LLC) holds 1.326bn shares (26pc). In April 2006, the government had sold the shares to the UAE telecom giant for $2.59bn, along with management control.

However, Eitsalat paid $1.799bn and withheld the remaining $799.4m pending the government meeting certain conditions. Now, eight years later, the balance of the privatisation proceeds still remains stuck up with the buyer.

Mohammad Zubair, Minister of State and chairman of the Privatisation Commission, frankly admitted that “Pakistan will not receive all of the due amount of $800m from Etisalat because of differences over the price of the 34 disputed PTCL properties”.

The government could not transfer 34 out of PTCL’s 3,500 properties to Etisalat after the two couldn’t agree over their price. The government believed that the properties were worth $92m, whereas Etislat assessed them at $400m. The issue thus remains unresolved.

Nonetheless, for calendar year 2014, the PTCL posted an after-tax profit of Rs5.2bn, which translated into earnings-per-share (eps) of Rs1.02. This was down sharply from the previous year’s earnings of Rs12.7bn and eps of Rs2.49.

A cursory glance at the numbers show that the earnings for 2014 sank on account of a one-time charge of a huge Rs8.2bn for the Voluntary Separation Scheme (VSS), as the company cut jobs to reduce its overheads. Secondly, PTCL booked a heavy Rs1bn on account of ‘loss of property, plant and equipment due to fire’.

Shareholders wonder whether the assets are left uncovered with insurance companies against ‘fire,’ which warranted taking the big loss on its books.

Jehanzaib Zafar, an analyst at BMA Capital, observed that the company’s profit had sunk by 75pc on a yearly basis. He also believed that an upside in earnings would be limited going forward, although the profit and loss account would be clean from one-off items like VSS and fire-related losses.

However, investment analyst Ahmed Lakharni at Arif Habib Limited was more optimistic. “Going forward, we expect a better outlook for the company owing to cost savings as a result of lower oil prices; continuing robust broadband growth and revenues from corporate services; and accretion in average revenue per user (ARPU) as the impact of the 3G services would start to kick in.”

Likewise, he expected revenues from Ufone — the PTCL’s cellular subsidiary, which contributed 40pc to the top line in CY13 — and gross margins to also rise owing to 3G services. “Currently, Ufone has managed to attract 1m 3G subscribers,” he asserted.

In the winter of 2013, the PTCL had submitted a ‘binding offer’ to acquire 100pc shares Abu Dhabi Group-owned Warid Telecom. Supplemented by earnings from Ufone, PTCL was looking forward to elbow its way to second place among the five players in the mobile market. But the deal fell on the wayside as the two parties could not converge on an acceptable price.