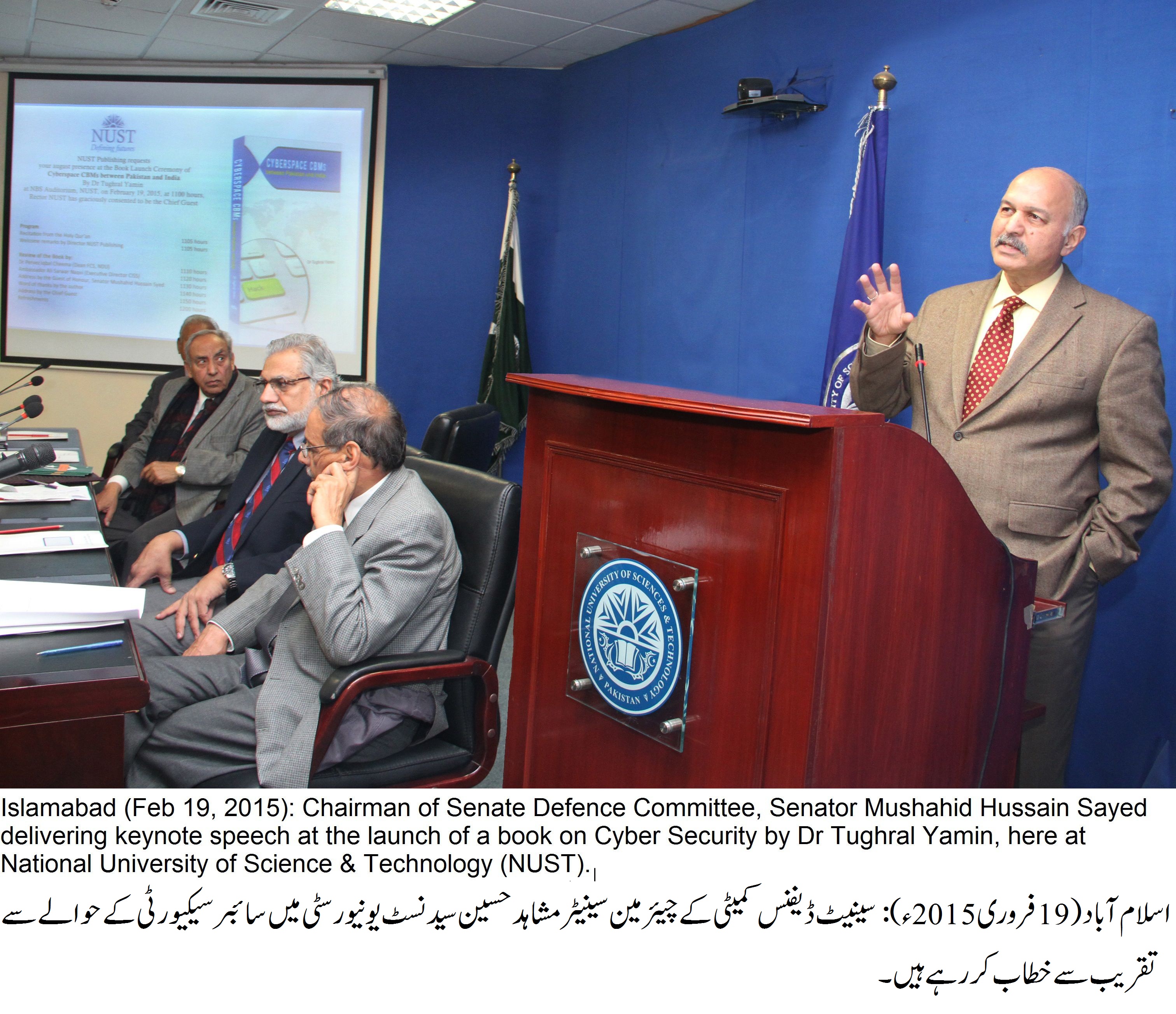 Chairman of Senate Defence Committee, Senator Mushahid Hussain, has underlined the need for a cyber security strategy for Pakistan, since cyber warfare is an emerging security threat. He was giving a keynote speech at the launch of a book on Cyber Security by Dr Tughral Yamin at National University of Science & Technology (NUST).
Appreciating the book, a rare endeavour on such a specialised subject in Pakistan, Senator Mushahid Hussain referred to the role of the Senate Defence Committee which had recognised cyber warfare as an emerging security threat way back in 2012, organised a Cyber Security Task Force, promoted awareness through a Media Manual for press reporters, prepared legislation and presented contours of the first-ever Cyber Security Strategy for Pakistan, all initiatives which were unprecedented.
Among the key components of a Cyber Security Strategy for Pakistan, Sen Mushahid listed the need for legislation, establishing a Computer Emergency Response Team (CERT), a Joint Inter-Services Cyber Defence Command, and Cyber ‘rules of the game’ within SAARC framework between Pakistan and India to ensure that neither side engages in cyber warfare against the other or does hacking of each other’s websites.
In this regard, Senator Mushahid Hussain said that Pakistan currently lacked both an awareness and a comprehensive cyber security strategy, and there was no focal point or a lead institution in this regard. He said the need of the hour was to have a troika of partnership amongst the government, private sector and academia, so that the best brains can collectively contribute to building a cyber secure Pakistan.
He said Pakistan’s importance was evident from the revelations of Edward Snowden who had exposed the U.S. National Security Agency spying on various countries in which the top three victims were Pakistan, Iran and China.
He praised NUST as one of the premier, quality academic institutions of Pakistan, where some of the brightest and most creative women and men, were studying and such talented youth could provide the expertise and backbone for Pakistan’s cyber security strategy, he concluded.