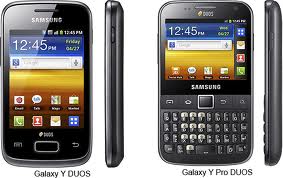 Samsung Electronics Co., Ltd. today announced that it has been selected as the sole vendor forSK Telecom’s nationwide Network Function Virtualization (NFV) deployment. As part of the agreement, Samsung will provide its AdaptiV Core solution for the operator’s dedicated mobile IoT(Internet of Things) network.

“We are delighted to collaborate with Samsung on our NFV solution for SKTelecom’s IoT services,” said Jong-bong Lee, Executive Vice President and Head of Network Division at SK Telecom. “SK Telecom is preparing for the IoT era through active business collaboration. Through the application of virtualized network technologies, we are confident that we can deliver a truly consistent and innovative network as well as superior service quality.”

“We are honoured that SK Telecom has selected Samsung as thesole vendor to support SK Telecom’s sophisticatedmobile network,”saidYoungky Kim, President and Head of Networks Business at Samsung Electronics.”NFV is one of the core technologies of next-generation mobile networks and will play a critical role in helping telecom operators in terms of network deployment, management and operation as well as service efficiency and rapid scalability.”

Samsung successfully completed its virtualized EPC Proof of Concept (PoC) and subsequent trials with SK Telecomin late 2013, and was chosen by SK Telecom in 2015 for deployment in the mobile carrier’s dedicated network for IoT services.

Samsung’s AdaptiV Corescored the highest amongvendors competing for the contract with SK Telecom, particularly in the areas of product performance, functionality, stability and ease of management. The solution emphasizes a user-friendly graphical user interface (GUI) and the ability to easily manage virtualized resources.

The vEPC will be responsible for managing traffic to and from IoT-type devices, leveraging its ability to scale network functions as needed to provide a dynamic balance of capacity, performance, power consumption and resource availability. The CognitiV Cloud Manager will be responsible for managing this process, keeping track of available resources and network load, while also providing SK Telecom with a powerful and straightforward interface with which to customize the behaviour of each Virtualized Network Function (VNF). It will also determine network status and easily manage hardware resources as needed.

Samsung’s LTE solutions are supported by over 30 years of experience and leadership in developing and commercializing telecom technologies. With years of proven field experience in LTE technologies, Samsung has successfully partnered with dozens of mobile service providers, facilitating the implementation of the most advanced LTE networks available on the market today.