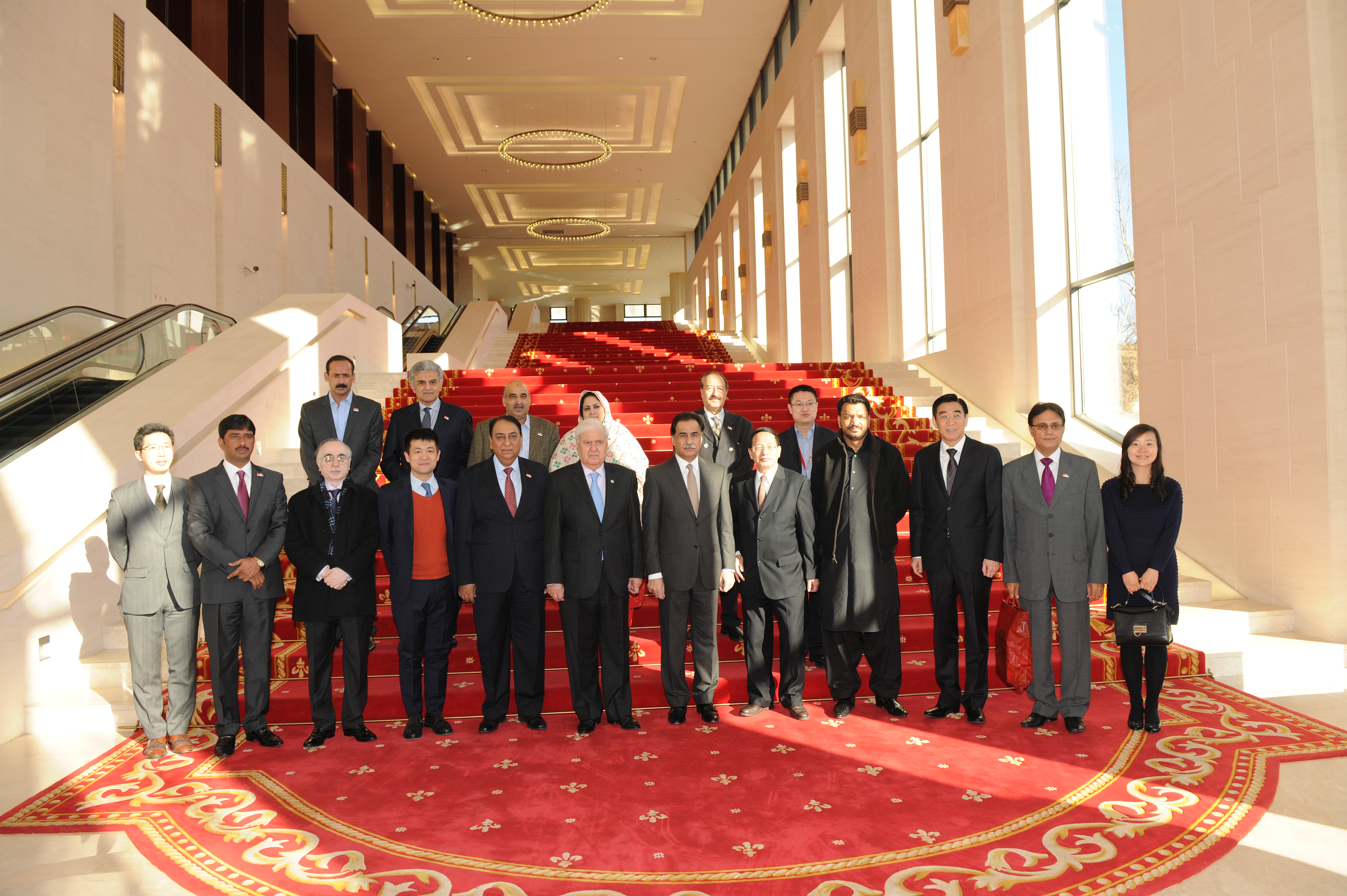 Mr.Sadiq and the delegation observed and experienced the latest products and services offered by Huawei, including; digital home theatres and devices, besides telepresent conference equipment, IT infrastructure products and 4G/5G innovations. The delegation took a keen interest in Huawei’s safe city solutions and Devices.

After the visit, a meeting was held between the high-level delegation and the Huawei Management official, where Mr.Qu briefed Mr. Ayaz Sadiq about the ventures and initiatives being undertaken by the Huawei Cooperation and Huawei Pakistan. Later, the participants held further discussions on how to develop a more powerful ICT infrastructure in Pakistan.

Mr. Ayaz Sadiq emphasized on the importance of the Safe-City Project, which is very essential for the progress of a developing country like Pakistan. It can greatly help in the administration and management of major cities like; Islamabad, Lahore, Karachi, Peshawar and Quetta. Mr. Sadiq also stated that; This project should be launched at the earliest in Peshawar, to overcome the administrative and security challenges being faced by the cities.

The Safe-City project is being sponsored by China Government and delivered by Huawei Pakistan. It is the first cooperative security-venture, being conducted through a collaboration between China and Pakistan, to address the public safety and security challenges. The Islamabad Safe-City project has been launched since 2014. The visit-site is located in NTC building G6 sector, which is already nearing completion.