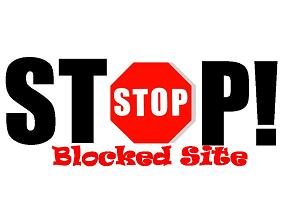 Pakistan Telecommunication Authority (PTA) has blocked over 60,000 websites, including 50,000 pornographic sites and 10,000 sites relating to blasphemy in the country, the Islamabad High Court was told on Tuesday.

PTA chairman Ismail Shah said that the authority had blocked 64,000 websites of which 50,000 pertain to pornography and the remaining relate to blasphemy.
The information was presented before the court in response to a petition filed by NGO Bolo Bhi which works for the rights of internet users. The group had challenged the legal position of Inter-Ministerial Committee for the Evaluation of Websites (IMCEW) on blocking websites and questioned the transparency of the committee’s working.
On January 15, Justice Athar Minallah, had summoned Ismail Shah asked him to explain under what law certain websites had been blocked by the authority. PTA had blocked many websites and Facebook pages, including YouTube, following directives from the IMCEW.
On Tuesday, when court resumed hearing of the case, the PTA chief said that the websites were blocked in response to a complaint of individual and order of the Supreme Court. However, Justice Minallah questioned under what law the websites were blocked. “The issue is important as fundamental rights of the public are being violated through the decision, “observed justice Minallah in a packed court room.
“This is 21st century and we cannot take the right to use technology where there is scarcity of fuel, electricity and gas now,” observed the court.
Shah explained that his authority did not block the websites through its own volition, adding that it was a policy directive of Prime Minister to the ministry of Information and Technology (IT) which subsequently, forwarded directions to his authority. He explained to the court that video sharing network YouTube was also blocked on the direction of apex court because of the numerous complainants filed in the court.
The court further observed that three officials cannot decide to block a website since it is a matter of fundamental rights and that the courts have to safeguard the public’s rights.
Shah also submitted sealed documents before the court containing information relating to the websites which had been blocked on the request of security agencies. The official explained that some websites were being operated by the banned outfits and it was essential to block such sites.
Director (Legal) ministry of information Nasir Ayaz argued that the NGO’s petition was not maintainable since identical petitions were pending before the apex court and Lahore High Court LHC (Rawalpindi bench). Ayaz told the court that government has to implement National Action Plan NAP, and blocking of websites was part of the plan. He added that the government tabled a bill in National Assembly in this regard expected to be passed soon.
However, the court asked him how such practice had been adopted without the requisite laws in place.
Mudassir Hussain, Member Telecom, from IT , requested the court to revisit its earlier order in which the court had restrained the authority from blocking any website without approval of the court. He said that ministry is receiving many complaints against certain websites, and he requested the court to allow their blockage.
On the otherhand, Bolo Bhi’s counsel Babar Sattar argued that workings of the committee had been non-transparent and dubious. He maintained that policy is not a law through which websites had been blocked. He argued that the government can move to stop anything in future. He argued that if the government is interested in blocking websites, it should introduce a law in this respect. Otherwise, such policy directives were illegal.
The court, while modifying its earlier order, directed the PTA chairman to consider the complaints regarding blocks on websites and submit a detailed report about them before the court. The ministry of IT was also directed to submit a detailed report on next date of hearing.
Counsels are expected to conclude their arguments before the court at the next hearing.