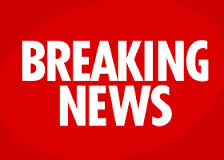 Unethical practices have taken hold of PTA, Pakistan foremost watchdog in telecom sector. According to reliable sources, it has been revealed to TelcoAlert.com that two senior members of Pakistan Telecom Authority have withdrawn money equal to one month salaries as Eid Bonuses. This is a direct violation of PTA rules and regulations and it is strange that PTA Chairman, Dr. Ismail Shah has given his approval on this matter. The Eid Bonus and its subsequent approval by the Chairman are both in violation of their authority and powers.

It should be noted here that both members are employees of Cabinet Division which separates them from PTA.  For that reason they cannot withdraw Eid Bonus from PTA unlike other officials and employees working in the authority.

If true, then this incident is remarkably similar to what happened in the tenure of Dr. Muhammad Yaseen, Ex-Chairman PTA when he and two senior members at that time also got Eid bonuses. However strict action was taken by Auditor General of Pakistan and was also criticized in Parliament committees.  It is not confirmed whether the money was returned or not. In light of this, similar action can be seen taken against these two senior members as well.