38 WP No. 234-A/14 Sardar Aurangzeb Vs Federation of Pakistan
with CMs No. 223/14 & 706/14 (M) (Syed Iltaf Hussain Shah Adv) (DAG/Zulfiqar Khalid Maluka/Zohaib Ahmed Khan/Khurram Ghiyas Adv)
Telecoalert report earlier that PTCL has is laying off half its employee from its sources in PTCL. This means around 10000 employees will be leaving the company through VSS. This includes technical staff that mostly deals with its engineering and maintenance. This has been announced partially by PTCL under its VSS plan.
This is incredibly alarming as the country telecommunication grid is supported by 300 exchanges. The major concern that arises from this development is that how will PTCL manage these exchanges with half of its employees.
Pakistan Telecommunication Company Limited (PTCL) has introduced a highly lucrative Voluntary Separation Package for its employees. This scheme shall be available for one month, effective from November 5th 2014. 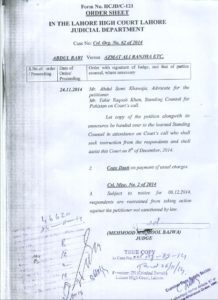 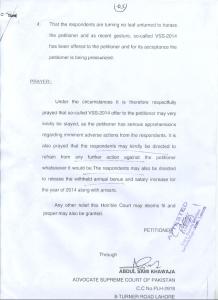