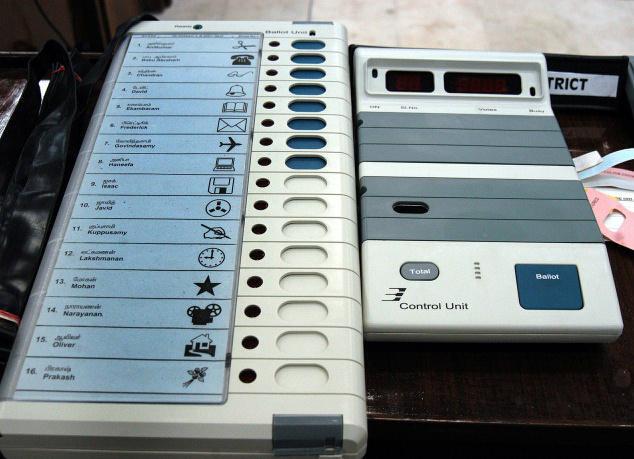 electronic voting machine ! software could be manipulated to affect the results.

An official of the Election Commission of Pakistan (ECP) surprised members of the parliamentary committee on electoral reform   when he told them that electronic voting machines (EVMs) were just as prone to fraud — if not more so — as traditional polling methods.

ECP’s Director General Information Technology Khizar Aziz candidly told the parliamentary body that the software used by EVMs could be manipulated to affect the results. He said that EVMs installed at polling stations were vulnerable to hacking via Bluetooth signals and other forms of wireless connectivity. In fact, he told members that the machines could even be tampered with while in storage.

Mr Aziz, who delivered a technical briefing on the merits and demerits associated with EVMs and biometric technology, said that it was a myth that EVMs could make the electoral exercise 100 per cent fair and transparent. He cited the examples of six European countries, which had switched back to conventional voting methods after abandoning EVMs because of a lack of transparency and trust. The Supreme Court of Germany had also declared EVMs unconstitutional, he said.

The panel was told that though India had conducted three general elections on EVMs; in 2004, 2009 and 2014, criticism of the voting machines had been severe and the credibility of the process was questionable. The ECP official said that during an interaction with the Indian election authorities, it emerged that there was no mechanism available to ascertain if an EVM had been tampered with. They said it was not possible to check 1.4 million machines to ascertain which ones were manipulated, Mr Aziz told the committee on Thursday.

EVMs were currently in use in eleven countries, including the US, Canada, Australia, France, Austria, India and Estonia.

The committee was told that advantages of using EVMs included speed and accuracy, and elimination of ‘rejected votes’ –something that sparked controversy in dozens of constituencies in previous general elections, where the number of such votes was more than the difference of votes polled to the winner and the runner-up.

On biometrics, the panel was informed that the National Database Registration Authority (Nadra) did not have complete biometric data for 10 to 12 per cent of all voters from Khyber Pakhtunkhwa. This was confirmed by Nadra representative Qaboos Aziz. In addition, it was revealed that there was a 10-15 per cent margin for error in the biometric data as the thumb ridges of individuals involved in manual labour, or those suffering from skin-related diseases, would not have matching biometrics. Old age also makes biometric verification through fingerprints more difficult, he said.

The committee directed Nadra to obtain the missing biometrics of the over one million people of KP and also sought details of the estimated costs of introducing EVMs and biometrics verification processes. The committee has also asked for a practical demonstration of both methods at their next meeting on Monday.