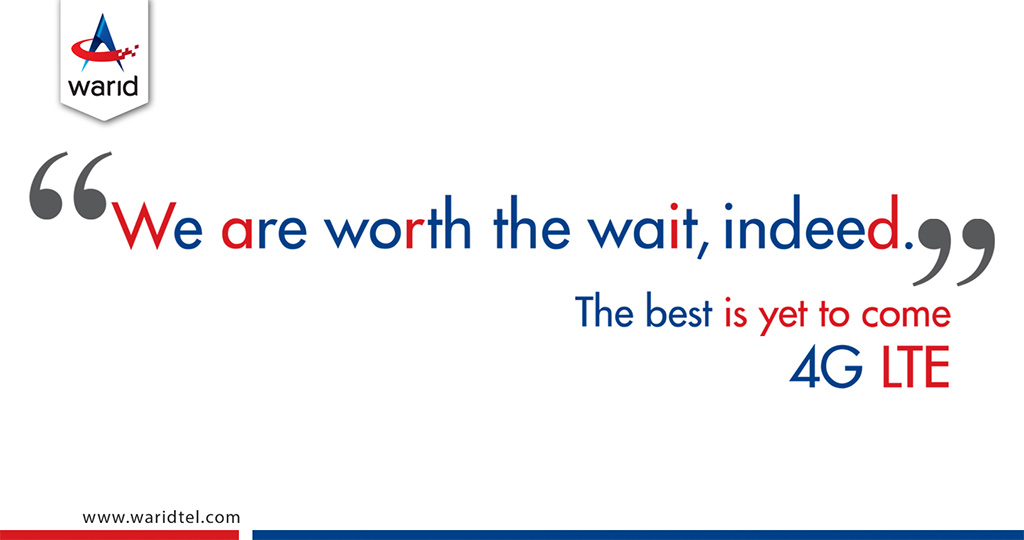 Warid Telecom is internally testing its 4G LTE technology and is expected to start public trials early November, sources in the company told Dawn.com on Monday.

In an announcement at the GITEX Technology week in Dubai yesterday, the company said it has partnered with Ericsson to become one of first few networks in the world to be directly shifted from 2G to 4G LTE technology.

Earlier this year, the company took the telecom sector by surprise when it announced plans to launch 4G services on its existing 1,800MHz spectrum without bidding at the auction in April for 3G and 4G spectrums.

If it rolls out public trials of the technology by next month, it will become only the second mobile network operator in Pakistan to offer 4G services.

Earlier this month, Zong announced the launch of its 4G LTE  mobile service, making it the first mobile network operator in the country to offer 4G LTE.

“Warid is gearing up for the 4G LTE launch with the best available network solutions and Ericsson has been committed to provide us with the state-of-art technologies and services. Our strong partnership and working relationship with Ericsson has given us complete trust in their technology and execution, making them the preferred partner for this landmark project as well,” said Warid Telecom CEO Muneer Farooqui.

The operator is currently testing its network capacity and service reliability after which it also plans to announce a program for 4G LTE enabled devices along with public trials.

The company has already started delivering free 4G LTE SIMs to its customers who have 4G LTE enabled handsets.

Warid has the lowest number of subscribers in Pakistan with a 10 per cent of the market share, according to a 2013 report by the Pakistan Telecommunications Authority.