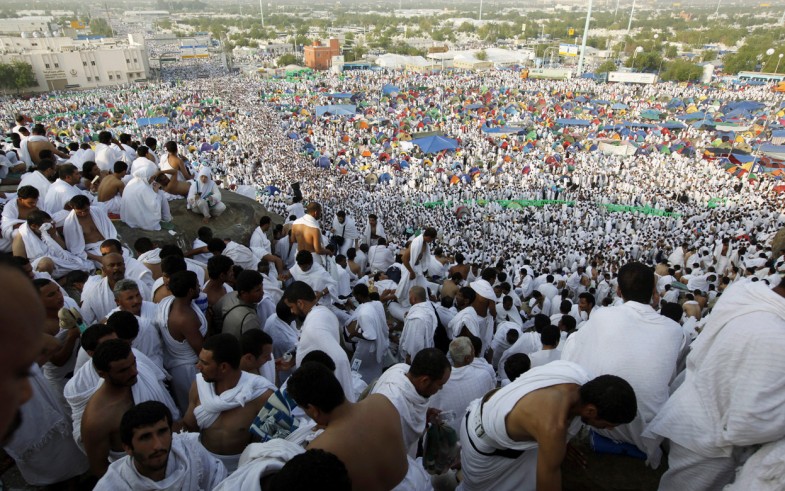 This year’s Haj season heralded a new era of increased IT usage giving pilgrims a choice of many different kinds of telecommunication.
According to experts, Haj 2014 registered a bumper increase in phone calls with nearly 400 million mobile calls made from the holy sites to pilgrims’ families at home during the period Dul Hijjah 8 to 12 .
With a 98.82 percent connection success, the performance was remarkable considering the high density of users inside the limited geographical area.
Governor of Communications and Information Technology Commission Abudllah Darrab said that preparations for the pilgrimage season regarding the telecommunications and information technology sector were smoothly carried out.
He added that these preparations included plans to run communications networks and information technology, and plans to restore services in emergency situations under the supervision of the Communications and Information Technology Commission in coordination with the licensed telecommunications services and information technology providers.
The commission will verify the level and quality of provided services by visiting contact centers and customer care providers and directly view the systems and reports as well as obtaining performance-related information. Their work includes analyzing the data and finding the reasons behind any problem.

The commission will also direct companies according to regulations of the commission, in addition to conducting field assessments through one of its academic and research bodies within the commission’s program to cooperate with academic institutions to verify the performance of mobile networks and the service quality in a number of different sites in the Kingdom. The sites will include the the two holy cities and the holy sites during the last ten days of Ramadan and the Haj season.
He indicated that coverage was provided for all important installations at the holy sites.
Also, providing wireless Internet services such as the Wi-Fi technology has helped in improving the performance of data traffic in spite of the large increase in data usage. He added that the service providers deployed advanced networks to achieve the greatest possible continuity of service, increase its capacity and quality, and the use of virtual divider technology that can move traffic to other units if there was congestion or a breakdown in one unit.