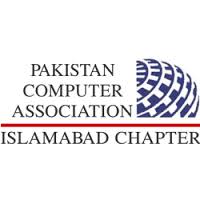 By: admin
In: Telecom
Tagged: Minister of State, PCA angar

Minister of State Ms Anoush Rehman Khan showed insulting and humiliating behavior to the delegation which are come from all over Pakistan. We have met many times the ministers, Prime Ministers and other dignitaries and have never ever observed such a response from them. These are comments in mail received from Member of Pakistan Computer Association. Here is text…

Dear Sir,
Kindly refer to your letter,  requesting our recommendations in the wake of our meeting with the Minister of State.

“It was a very bad experience of meeting the Minister. We had been trying, to see her for the last one year since her induction in MOIT, but unfortunately despite of our various written and telephonic requests we were never responded positively. At last this meeting was arranged on the directive of Prime Minister which was very reluctantly accepted.
It was indeed very insulting and humiliating for us to see the response of the Minister that day, when our delegates came all the way from Karachi, Lahore, Peshawar, Faisalabad and Islamabad, to see her first time, but her response was as under:

We have met many times the ministers, Prime Ministers and other dignitaries and have never ever observed such a response from them.
Having observed all this ugly situation what recommendations can we forward ?
Kindly convey to the Minister Sahiba that if Allah Subhana Wa Talla has given her a position she should try to serve and deliver the people rather than showing this arrogance.

Editor Note…..This email received from Abdulah Malik member of Pakistan Computer Association. Telecoalert.com did not agree with the contents of mail its their point of view. We welcome any response from Minister of State office and will post without any change.