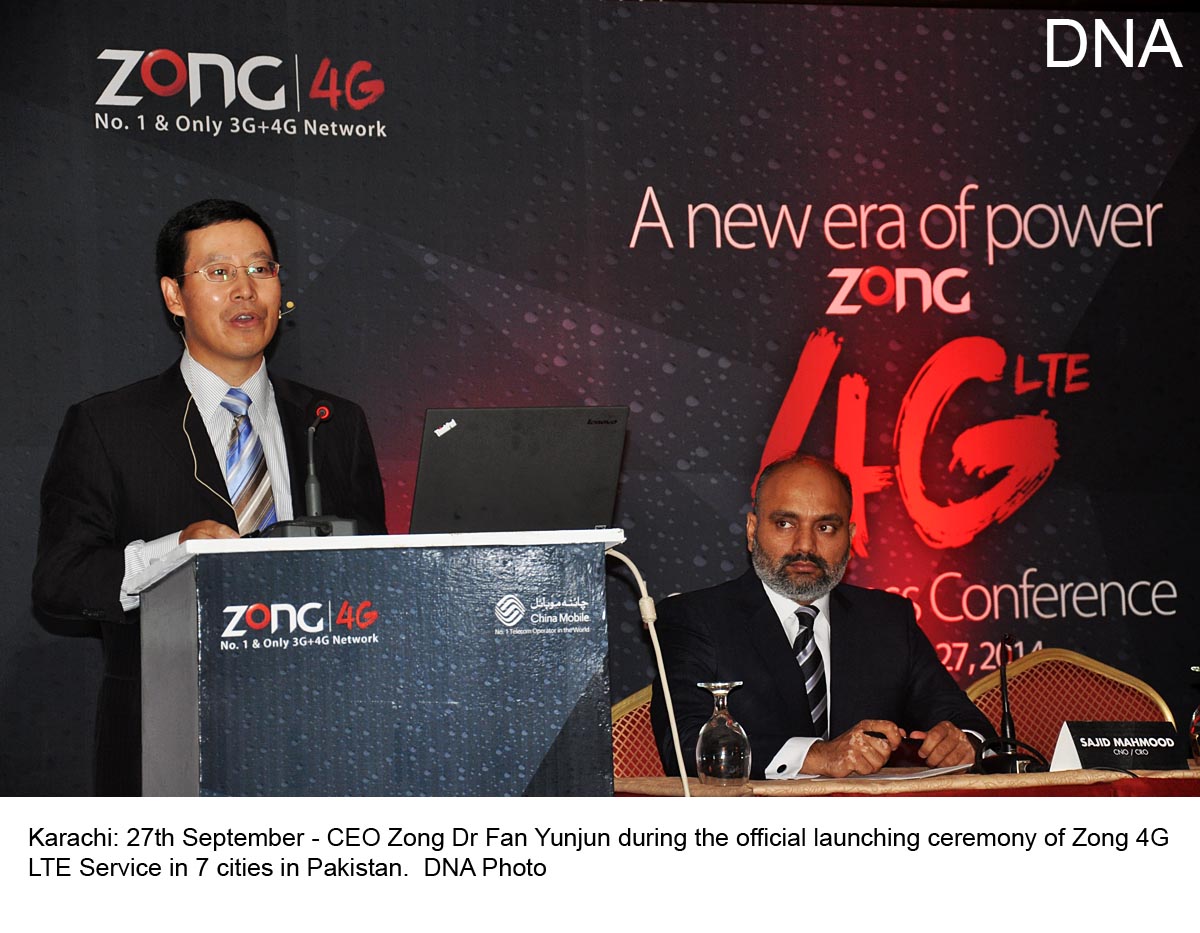 Zong, one of the five cellular service providers in Pakistan, on Saturday announced the launch of 4G LTE (Long Term Evolution) mobile service in seven major cities of the country.

“Zong has become the very first mobile network service of Pakistan to be launching 4G LTE in seven major cities in the first phase,” said Fan Unjun, chief executive officer (CEO) of Zong, while addressing a press conference at a local hotel on Saturday. He said that the Super 3G and 4G services will soon be expanded to more cities and towns of the country.

Unjun said that the roll out of this service will help consumers take advantage of ‘lightening fast’ mobile internet speed that is many times faster than the existing 3G networks. He said that in addition to the 4G service, Zong will also be offering 4G enabled handsets to provide the customer with a complete hardware-service package.

The CEO said that besides enriching the mobile phone experience of the subscribers, the fast speed internet will particularly help corporate service consumers and small businesses, by allowing them to work from anywhere anytime. “The launch of 4G LTE service in Pakistan will provide a boost to its economy, as it will be able to contribute more to the revenue generation of the country besides creating greater employment opportunities for the people,” Unjun said in reply to a question.