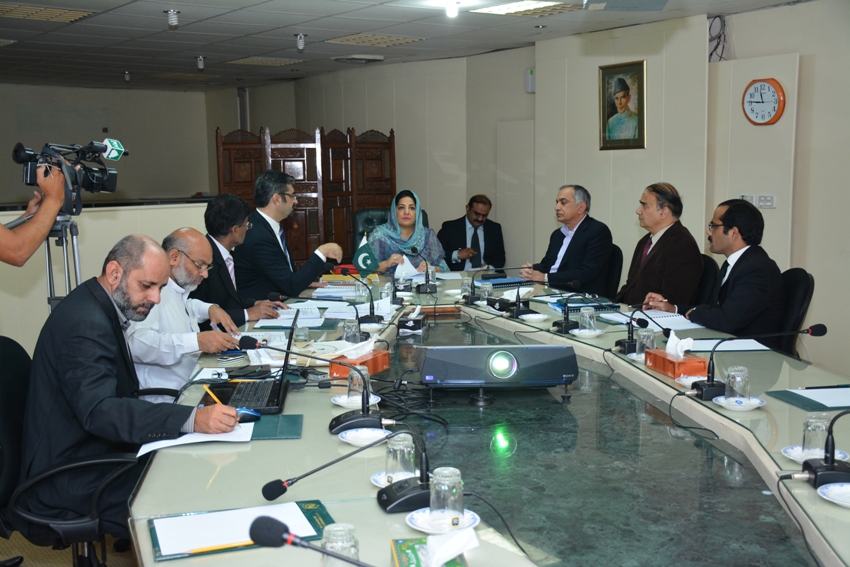 GOP. is committed for revitalization of TIP . Anusha

The Minister for IT & Telecom Mrs. Anusha Rahman has said that Government of Pakistan is committed for revitalization of TIP. Minister of State for IT & Telecom was chairing 179th board meeting of Telephone Industry of Pakistan (TIP). Federal Secretary IT, Mr. Azmat Ali Rangha, Joint Secretary IT Dr. Jamal Yousal, Acting MD TIP Muddassar Hussain, Member legal Nasir Ayaz and other members of TIP Board were also present in the meeting.

Minister directed the TIP management to prepare a complete revitalization plan for the TIP and submit in the next board meeting which is scheduled after Eid. The plan should be prepared keeping in perspective the current status of TIP and how to bring it back on its feet.

The Minister also directed TIP authorities to prepare viable business cases for activation of the production unit. The Board agreed for the hiring of a permanent MD for TIP immediately by fulfilling all the procedural requirements so that gigantic task of reforming TIP could be pursued, effectively in an appropriate manner.  Board also directed that process for the appointment of new Auditors should be initiated instantly for thorough audit of all the accounts.

The Minister also directed TIP management to submit a complete detail of all outstanding recoveries and gear up their efforts for the settlement of all dues recoverable from PTCL and NRTC in the next board meeting.