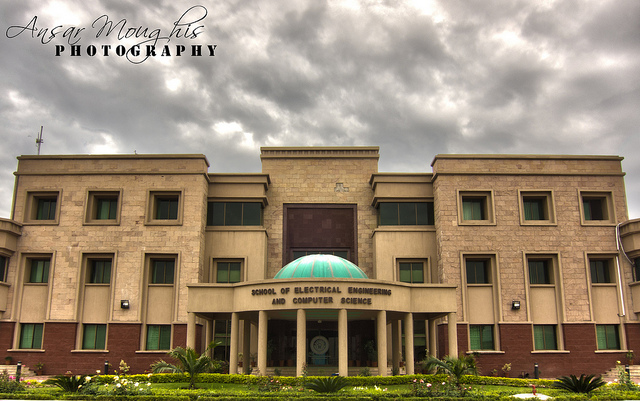 National University of Sciences and Technology (NUST), Islamabad has maintained its coveted position in the list of Top 500 world universities in the 2014-15 ranking announced by M/S Quacqurelli Symonds (QS) of UK, the most prestigious ranking agency.

According to official spokesman, NUST is the only Pakistani university, which is consistently included in this elite-ranking list since 2007. Moreover, NUST has won its place in the Top 400 Engineering Universities of the world.

This is the result of concerted effort put in by the NUST management and faculty for providing quality education, conducting innovative research, establishing international linkages, engaging in collaborative research with leading international universities and organisations, participating in international exchange programs, improving infrastructure, and producing graduates who are welcomed by national and international industry, business, academia and market.