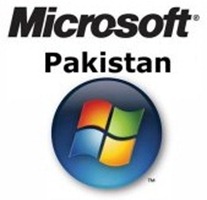 On January 13, 2015, Microsoft will stop mainstream support for Windows 7–which is still an extremely popular operating system. But you’ll still be able to use it safely for another five years.

This isn’t anything like the run-up to the end of XP support back in April, when everyone in the tech press (including me) warned you about dire consequences if you continued to use XP. That was the end of extended support, which is far more serious than the end of mere mainstream support.

Once mainstream support ends, there will be no more service packs. Microsoft won’t redesign the environment or add new features. Without a special extended agreement, you won’t get patches for bugs that don’t result in a security threat.

But if you like Windows 7, you probably don’t really need new service packs, and you certainly don’t want a redesigned user interface. As long as Microsoft patches vulnerabilities that could become security risks, Windows 7 remains a safe operating system.

If that doesn’t put you at ease, consider this: XP’s mainstream support ended in April, 2009. It caused no problems whatsoever. Millions continued to use XP for another five years without people like me warning them of dire consequences. Windows 7 won’t be any different.