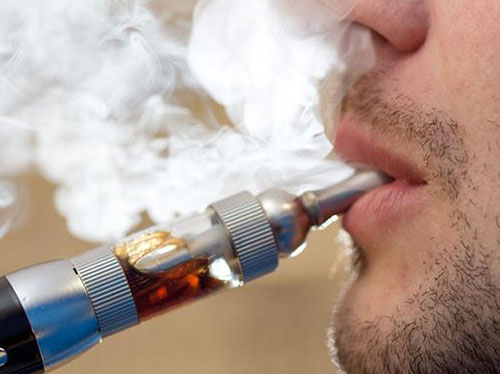 WHO suggests stricter regulation for e-cigarettes

The UN health body said they posed a ‘serious threat’ to fetuses and young people and should not be sold to minors. It also suggested governments ban the use of them in public indoor spaces until it can be proved the vapor does not pose a threat to bystanders.

‘The existing evidence shows that (e-cigarette) aerosol is not ‘merely vapor’ as is often claimed in the marketing of these products,’ though they are ‘likely to be less toxic for the smoker than traditional cigarettes,’ the WHO said.

In a long-awaited report that will be debated by member states at a meeting in October in Moscow, the WHO also voiced concern at the concentration of the $3-billion (2.2-billion-euro) market in the hands of transnational tobacco companies.

Helping to kick the habit?

The WHO suggested a number of ‘regulatory options,’ including prohibiting e-cigarette manufacturers from making health claims until they provide ‘convincing supporting scientific evidence and obtain regulatory approval.’

The American Heart Association has backed the battery-powered devices, saying they can help smokers quit and they are a safe alternative to smoking. But the association has also called for a ban on the sale of them to people under the age of 18.

E-cigarettes are electronic devices similar to the shape of cigarettes that use heat to vaporize nicotine liquid, which is then inhaled. They come in a number of flavors and are under-regulated, as there is not yet enough evidence from clinical studies on them.

The WHO on Tuesday recommended completely banning ones with fruit and candy-like flavors, which may attract underage users.

According to information from US health authorities, the number of youths in the US who have used e-cigarettes has tripled between the years 2011 and 2013. The findings from the US Centers for Disease Control and Prevention said over a quarter of a million young people had tried e-cigarettes in 2013.