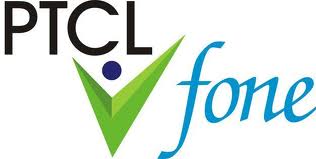 PTCL is about to roll back V Wireless

PTCL is already trying to settle different disputes regarding its EVO service that is a prominent player in internet market of Pakistan. However since its initiation, EVO has been used by subscribers to connect to internet. But according to the rules and regulations subscribers cannot use their EVO devices outside the city where they have been issued the device. This has not been the case. PTCL has been fined heavily for this and after the auction of 3G and 4G auction its EVO service has been under greater scrutiny.

Considering these circumstances it seems that PTCL will disband its V Wireless service and replace it with EVO services on its spectrum.  This seems fair as V wireless spectrum doesn’t has the same restriction as the current spectrum on which PTCL runs EVO.

It is interesting to note that PTCL is asking it V Wireless to switch to fixed line PTCL phones, as most of its V-Wireless customers belong to far flung areas. Considering this its subscribers in Baluchistan, Northern Areas and other outreach areas may not be able to utilize its services.