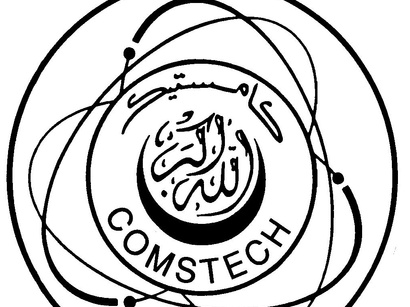 The 57 OIC member states are in various stages of social and technical development, and COMSTECH has been working to bring together scientists and researchers from the OIC through thematic workshops in frontier technologies, research grants and achievement awards, innovation policies, and networking of leading S&T institutes in the OIC. Some major initiatives include the Ten Year Plan of Action, and 1441 Hijri Vision. The President of Pakistan is the Chairman of COMSTECH, which was an initiative of the Pakistan Government. Previous Coordinator Generals have been Dr. M.A. Qazi and Dr Atta ur Rehman. Dr. Khan’s tenure as Head of COMSTECH should be interesting; it will certainly be different.

A Rhodes Scholar at Oxford, from where he obtained his BSc in Engineering Sciences and a D.Phil in Laser Applications, Dr. Shaukat possesses nearly 40 years of experience in R&D, teaching, production, technical management and policy planning. He is a Fellow of the Pakistan Academy of Sciences, and had retired in 2005 as Chief Scientist from the Pakistan Atomic Energy Commission (PAEC). He has briefly served as Rector GIKI and Executive Director of SOPREST (parent body of GIKI).   He has 28 scientific publications in international journals and conferences apart from lectures at international conferences dealing with energy and the emerging relation between science and society in this century. He took part in the 2010 summit in Japan of 100 scientists from Europe and Asia which examined cooperation between the continents on large multi-disciplinary projects and programmes.

Dr. Shaukat started the laser program in the PAEC, which has now grown into the National Institute of Lasers and Optronics (NILOP) with several hundred professionals, engaged in research, teaching and production. As visiting scientist at CERN in Geneva, he helped design the laser based position monitoring system for the massive CMS detector, where forty such systems designed and manufactured in his laboratory are installed. Nearly US$ 150 million worth of lasers and allied products have been produced, with exports to countries in Asia, Middle East and Europe.

He has served as Member, Planning Commission, Government of Pakistan, where he looked after science and technology, higher education, industries and minerals. As Project Director and principal author of the major foresight exercise – Vision 2030 in 2007 – he gathered the best hearts and minds of the country, and attempted to identify the preferred future of the country for a whole new generation of young people. He also drew up a major policy programme – Making People Employable – which emphasised reforms in secondary education and stressed different and higher skills for young people, based upon an internal technology transfer from the best ‘mother’ institutes within the country.

Dr. Shaukat was a member of the Steering Committee on Higher Education set up by the President of Pakistan in 2002 – which led to the establishment of the Higher Education Commission (HEC) – and the World Bank team which drew up Pakistan’s National Industrial Policy in 2011.

His current passion is identifying the critical options which Pakistan must deploy in order to manage the energy crisis, and has lectured and written at various forums such as the National School of Public Policy on various aspects of this issue, including renewable Energy and the economics and politics of trans-border energy trade.

Apart from cricket, squash, and rowing for his college at Oxford, he was President of several Oxford Societies such as the Ralegh Club, Pakistan Society and the Oxford Majlis. Prior to joining COMSTECH, Dr. Khan was working as Vice Chancellor (Designate) at CASE, a leading institute in Islamabad with the largest enrolment of post-graduate engineering students in the country.