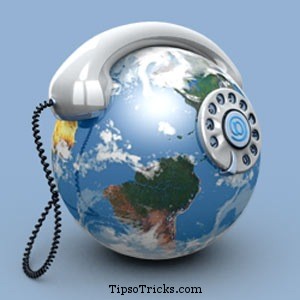 PTA CHAIRMAN SPEAKS HIS MIND ABOUT ICH IN LEADING NEWSPAPER

It is interesting to note that being the head of PTA he should not make remarks regarding ICH or other controversial matters. The role of PTA is to be unbiased and without any hint of prejudice. It is imperative that the supreme authority of telecom sector should refrain from blatantly supporting a notion or an institution. Considering that the Sindh High Court recently issued a stay order against the government decision on ICH abolition, the article can be seen as irresponsible act by the Chairman PTA.

Syed Ismail Shah, currently serving as Chairman PTA who isthe author of this article is also the author of ICH Policy currently enforced.He has written this policy when he was serving as Member Telecom at Ministry ofInformation Technology. Eating your own words is sign of a dicey personalityand will be casting shadows and doubts in the mind of public on the decisions heis now making as Chairman PTA. “

International Clearing House (ICH) was established under a policy directive issued by the then government in August 2012. ICH is an arrangement of Long Distance and International (LDI) operators, under which all international telephone calls are being brought into Pakistan through a single source.

Just to further clear the point, prior to this arrangement of ICH, all 14 LDI licencees of Pakistan Telecommunication Authority (PTA) including PTCL, were bringing their telephone traffic from overseas under their mutual arrangements with foreign carriers.

This previous arrangement had its own merits such as severe competition, not only for these 14 LDI operators but also for foreign companies to negotiate their profit margins with Pakistani operators and go for the lowest rates for their consumers. This situation had very positive contribution in overseas Pakistanis getting lowest calling rates for their homeland.

For instance, a popular Virtual Network Operator in UK Lycamobile was offering 1 pence / minute call from UK to Pakistan which was increased to 5 pence/minute after ICH was implemented in Pakistan. Overseas Pakistanis made lot of hue and cry on ICH decision of previous government while PTA was bombarded with complaints from countries with Pakistani expats as they were now forced to pay exorbitant prices for home calling.

The call rates, due to the implementation of ICH were increased to US cents 8.8/minute from the approximately US cents 2/minute. Overseas Pakistanis, burdened by this exponential increase in calling rates, consistently demanded review of ICH policy by the government.

Since the implementation of the ICH policy, the incoming voice minutes to Pakistan decreased from approximately 2 Billion minutes per month to 487 Million in May 2014 (a decrease of 404%). Other negative impacts of this policy include decrease in Pakistan’s business competitiveness, creation of a cartel with serious negative implications for the sector at large impeding growth, decrease in taxable revenues, negative perception about the country abroad and inability to abide to Pakistan’s international obligations (WTO in particular).

The said ICH policy directive was criticised from the start and called a controversial development. It was first challenged before the Lahore High Court and then at the august Supreme Court of Pakistan, which through order dated 21st February, 2014 referred the matter to Competition Commission of Pakistan (CCP) for decision.

However, being aggrieved of the Order of CCP, PTCL and other LDI operators approached High Court of Sindh. The High Court granted interim relief/stay order to LDI Operators on 20th May, 2013 by suspending the operation of CCP’s order.

Keeping all these scenarios in view, the present government from day one, wanted to resolve the issue of ICH which was impeding the growth of telecom sector. A series of meeting were held under the chairmanship of Finance Minister with the participation of all stakeholders. PTA carried out a lengthy consultation process to find amicable solution to the issue. After having studied all the positives and negatives of the ICH, PTA concluded that it has not served the purpose it was meant for.

Therefore, it is recommended to the government (IT Ministry) to review the policy for ICH. MoIT, considering all pro and cons, issued a policy directive on June 17, 2014 withdrawing its earlier directive to establish ICH.

This decision was appreciated by all as it is bound to enhance competition in the LDI sector, reduce grey traffic and provide relief to overseas Pakistanis. CCP Chairman, in particular, hailed the decision as an anti cartel step.

The said directive restored the original role of PTA for determining Approved Settlement Rates (ASR) which would help in providing PTA space to enhance competition in this segment of the industry. The directive reduced APC to zero which was aimed at discouraging incentive for the grey callers.

The cancellation of ICH is expected to bring more foreign exchange in the country as overseas Pakistanis will make calls to Pakistan at cheaper rates and would send their hard-earned money back home thus substantially increasing foreign remittances. It would also increase the total volume of calling minutes which saw 404% decrease after implementation of ICH.

This would also result in increased revenues for the government and the operators. In conclusion the directive to reverse ICH arrangement is hoped to meet all positive outcomes it is aimed at.

The author is PTA chairman. Article published in The News