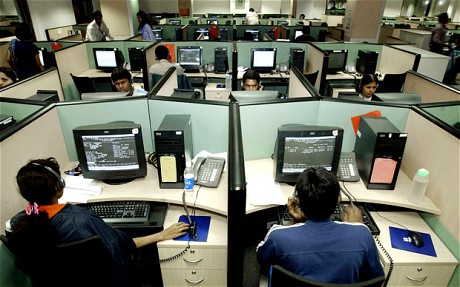 By: admin
In: Technology
Tagged: 12.37% rise, IT salary, IT workforce, salaries, survey report

The workforce associated with the information and technology industry enjoyed an average 12.37 percent rise in their salaries at the turn of the new fiscal year as compared to 2013, IT Salary Survey 2014 report by the Pakistan Software Houses Association ([email protected]) revealed on Tuesday.

The highest increase was recorded in the salary of Middle Level Ruby (programming language) Programmer at 94.24 percent, while the middle level software development manager witnessed the largest decrease of 3.95 percent.

IT experts presented different reasons for the decrease in the salary of software development manager.

“The supplies of software developers are high. Now, it is not easy for them to go abroad as was done in the past because of visa issues,” commented Ahsan Mashkoor of C Square Consulting (Pvt) Ltd. He added getting visa is a problem.

At the same time, number of software houses and offshore works are increasing, Mashkoor said. Founder of Breezecom Afaque Ahmed argued the business is decreasing due to security reasons and unstable law and order situation.

Software developers, who are in high demand in foreign countries, are leaving the country, as they can earn better abroad, he maintained. Therefore, employees churn rate is a problem in the IT industry, they agreed.

“In the last four months, eight of our workers went to Dubai,” Ahmed said. The Ruby Middle Level was earning Rs50,625 per month in 2013, while the same position is tagged with a monthly emolument of Rs98,333 this year.

The salary of software development manager (middle level) declined to Rs102,836 from 107,065 per month, showed the survey report, including feedback from 93 IT firms and 14,352 employees performing 26 job roles.

The software association has been conducting this survey every year since 2012. However, it conducted its first salary survey in 2008. Usually, Pakistani IT companies award salary increment at the end of fiscal year, June 30.

The salary survey, “has become a useful tool for the tech community and its stakeholders in and outside Pakistan as it tracks year on year patterns and documents industry trends,” Jehan Ara, president of [email protected], said.

“The 2014 survey is a result of improvements built upon the earlier surveys incorporating feedback from the industry.” According to [email protected], an entry level function denotes minimum three-year experience, while middle level is supposed to have four to six years of experience and a senior function represents six-year plus working experience.

The lowest paid job is found to be an entry level administration professional, who draws Rs23,005.92 per month, 7.26 percent higher than 2013.