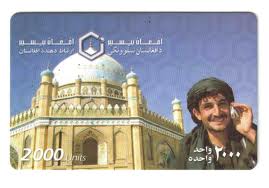 The Law Enforcement Agencies (LEAs) had informed the government that Afghan SIMs were being openly used inside tribal areas in Pakistan by terrorists and criminal elements.

That is why the LEAs had requested the Prime Minister to block such services to deter crimes inside Pakistan involving communication between cross border terrorists.

On the request of LEAs, Prime Minister Muhammad Nawaz Sharif has directed the PTA to discontinue roaming facilities on Afghanistan SIMs to block anti-state and criminal activities of terrorists in Pakistan.

Prime Minister has desired that this task may be completed in next couple of days This act will be helpful in impeding communications between the terrorists and will also help in reducing crimes related to kidnapping for ransom.