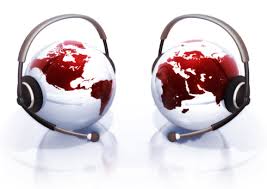 ICH Agreement, which came into force in September 2011, created a cartel of all 14 Long Distance & International (LDI) operators to terminate all incoming international call traffic exclusively on the network of PTCL. The agreement suspended all interconnection capacities of all LDIs except for PTCL.  LDIs also agreed to terminate all incoming international traffic at a fixed settlement rate of 8.8 US cents/minute.  Under the agreement LDIs shared revenue amongst themselves as per the agreed quota allocated to each LDI.

The anti-competitive effects of ICH were first highlighted in August 2012, when CCP issued a Policy Note to Ministry of IT (MoIT) and PTA highlighting the serious competition concerns in the ICH Agreement and recommended its withdrawal. However, CCP’s recommendations were not implemented.

In April 2013, CCP passed an order condemning the arrangement as it was a blatant violation of the Competition Act, in the form of cartelization by all LDI operators. In fact the arrangement was more egregious than a simple price fixing cartel in that all LDIs except for PTCL shut their networks and it was only PTCL, which was carrying the traffic. CCP held that the ICH was anti-competitive as it fixed prices, reduced choice, foreclosed the market, removed incentive for better quality of service and incentives for investment in improvement of infrastructure and was thus a clear threat to consumer welfare and a total negation of the Telecom Deregulation Policy, 2003.

CCP declared the ICH agreement illegal and imposed a penalty of 7.5% of annual turnover of each LDI. It also advised PTA to ensure restoration of competition amongst LDI operators as it existed prior to the implementation of ICH agreement. LDIs filed a petition in the Sindh High Court (SHC) against CCPs order and the SHC suspended the operation of the order.

Commending the withdrawal of the policy by the Government, Dr. Joseph Wilson noted that CCP is a specialized agency whose job is to curb anti-competitive practices and foresee the effects of concentrations on the competitiveness of the market. Time has proved that the decision given by CCP in April 2013 was correct. Had that been heeded to earlier there would have been less harm to the consumer welfare and the economy, noted Dr. Wilson.