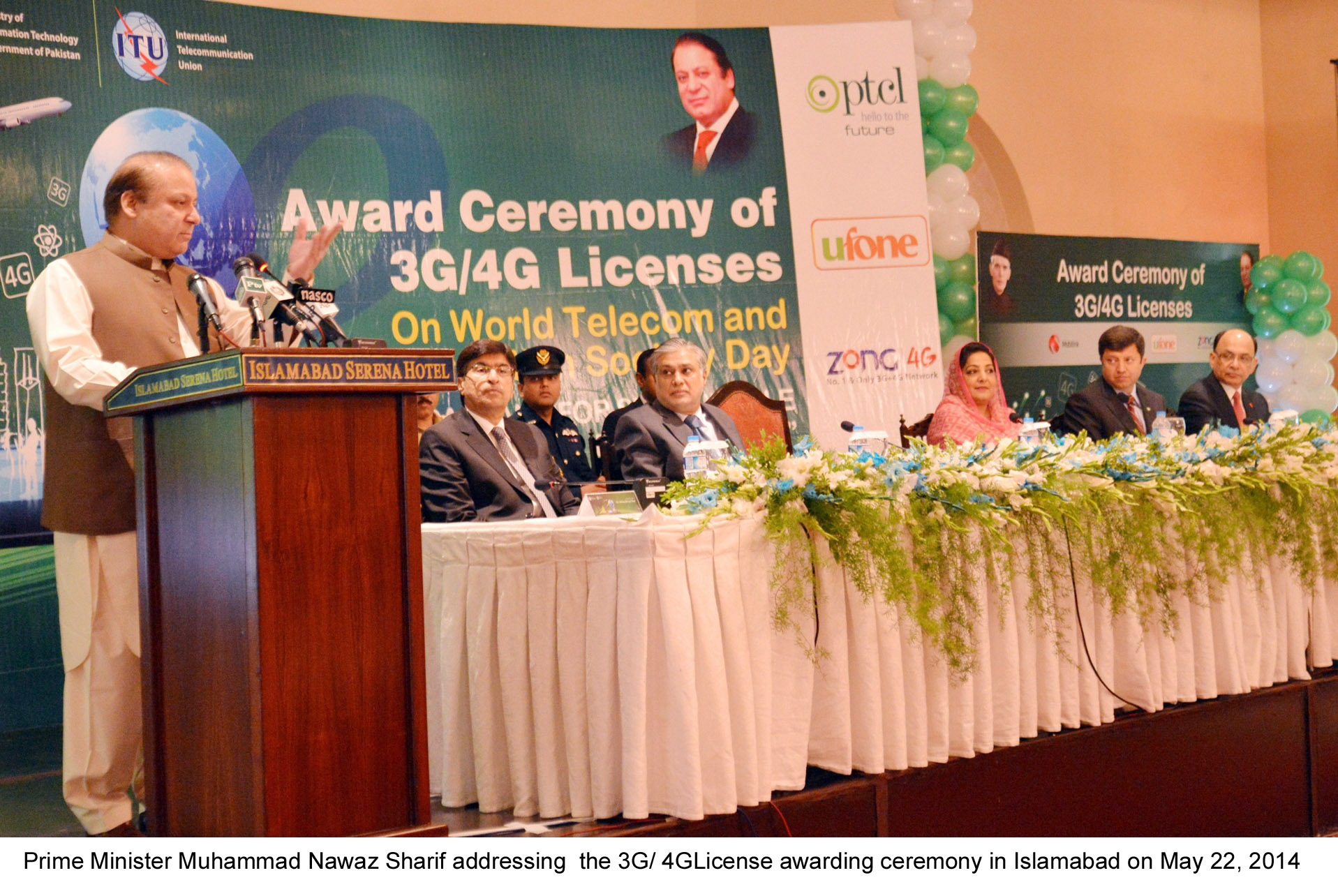 Prime Minister Muhammad Nawaz Sharif Thursday formally handed over the 3G and 4G licenses to the four cellular companies following a transparent bidding process that fetched the country over US 1.22 billion dollars. A month after the auction for next-generation telecom spectrums, which raised over $1.1 billion with the sale of 3G and 4G licenses, Prime Minister Nawaz Sharif praised his government for getting the new technology in Pakistan and termed it a major accomplishment.

Speaking at a special ceremony held in Islamabad on Thursday to hand over the 3G and 4G mobile spectrum licenses to the successful mobile companies — Mobilink, Telenor, Ufone and Zong — the premier claimed that Rs260 billion will be collected in the treasury every year because of the new technology. During a ceremony to award the licences, Prime Minister Nawaz Sharif said Pakistan had joined the list of countries with 3G and 4G technology. The prime minister stressed the importance of this technology for progress. In the next four years this first-of-its-kind technology will create millions of jobs in the service sector, he added.

Commenting on the progress of the country, Nawaz said that “today’s Pakistan has developed a lot as compared to the Pakistan on June 5 last year.”

The prime minister also spoke highly about the various projects that the government was working on to avert the energy crisis, claiming them as some of the successful achievements of the Pakistan Muslim League – Nawaz (PML-N) government.

Nawaz also stated that the appreciation of the rupee against the US dollar was the biggest achievement of his government.

In April the government raised $902.82 million from the 3G auction and $210 million from the 4G auction held by the Pakistan Telecommunication Authority. Winning bidders for 3G licences include Mobilink, Telenor and Ufone while Zong successfully bid for both 3G and 4G licences. 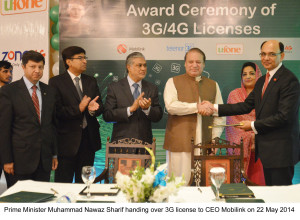 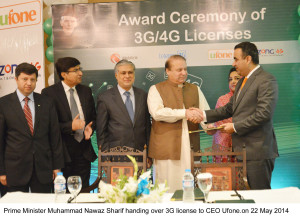 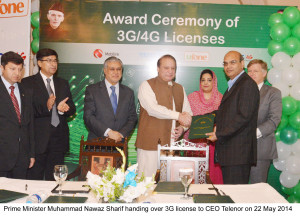 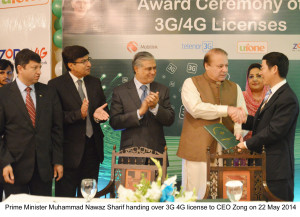