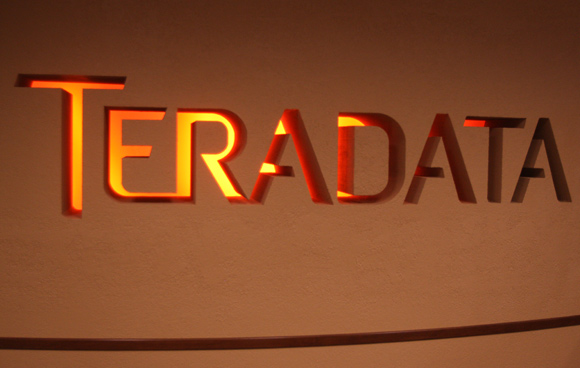 By: admin
In: Technology
Tagged: annual awards, it Excellence 2014, teradata

Teradata has announced winners of the 12th Teradata National IT Excellence Awards for 2014. Shahid Khaqan Abbasi Federal Minister for Petroleum and Natural Resources was the chief guest and Dr Syed Ismail Shah, Pakistan Telecommunication Authority (PTA) presented the winner’s trophies at a grand  event on May 18 at a local hotel. Abbasi recognized Teradata’s efforts in promotion of information technology and related professionals in Pakistan through annual recognition and awards program ever since its launch in 1997. Dr Shah acknowledged the efforts of Teradata and also congratulated the winners for achieving excellence in their respective fields.

“It is my honour to welcome the winners of the Teradata National IT Excellence Awards to the ranks of high achievers as adjudged by the panel. We are pleased to recognize their talent and achievements and to be part of their journey to further excellence,” said Khuram Rahat, Teradata managing director for Pakistan, Afghanistan and Bangladesh.

The winners of the 12th Teradata National IT Excellence Awards are:

Excellence in IT Business Intelligence: This award is given to an individual who has demonstrated skills in integrating a successful Business Intelligence plan within an organization and thereby increased business performance and productivity. Mr. Mohammad Rizwan Arif was the winner in this category for successfully implementing more than 250 accounting and management software programs in more than 800 organizations, including more than 300 schools. He has also released softwarefor thedigital study of Al-Qur’an.

Excellence in Software Development: Recognizing individuals who have demonstrated exceptional skills in developing software, which is or can be deployed both locally and internationally, the winner in this category is Mr. Sham Zia, for hisproject,“TRACK FOREVER,” an enterprise-grade vehicle-tracking and fleet management software solution.

Excellence in Software Export: This organizational award is given to M/S NetSol Technologies Limited,for its unique effortsresulting in achieving the highest software exports since 2004. The company realized a 22 percent growth in software exports in 2013 compared to 2012.

Excellence in IT Research and Development: Won by Mr. Osman Hassan for his role in developing new ideas, technology, techniques and/or products through research and development, Mr.Hassan developed the first training robot and simulator for Minimal Invasive surgery in Pakistan.He is the founder and director of System Analysis and Verification (SAVE) Lab. He has acquired over Rs. 60 million in research grants and has published over 75 papers.

Excellence in IT Education: This award is given to recognize a person who nurtures the IT talent in Pakistan.Winner of this category this year wasDr. Sajjad A. Madaniwho has co-prepared and presented the concept paper to establish a virtual campus for distance learning at COMSATS institute of Information Technology. The concept was successfully implemented in 1.5 years. Student enrollment is now around 4000 student, innine programs undergraduate and three graduate level programs.

Excellence in Project Management: Given to an individual withproven qualitative and quantitative results in successful execution of projects during the period of consideration, this award wasgiven to Mr. Naeem Siraj. He demonstrated qualitative and quantitative results with the successful implementation of Retail Management System at 400 point-of-sale systems.

Excellence as an IT Student: This award was earned by Mr.Suleman Belal Kazi. A student at National University for Science and Technology, he has been on the Dean’s honor roll for all six semesters. Mr. Kazi placed first in the IET’s “Present around the World” Competition and was the team leader of the team that won the “Best Engineering Design” award. Those accomplishments, and his recognition as the semifinalist at the 2012 Engineering Robotics Contest held at National University for Science and Technology and his appointment as a Microsoft Student Partner for Ghulam Ishaq Khan Institute, have earned him this award.

Excellence in IT Enabled Service Offering: This award recognizes innovation in solutions offering having a direct impact towards the consumers in Pakistan, be it creating convenience or related to raising the bar in the service industry with respect to the technology solution. This year it was given to three individuals involved in two projects. Mr. Ahmad Saeed andDr. Bilal Zaka were awarded for their IT-enabled service through Pak Wheels, the community-based automobile website.Mr.BilalZakawon for earning his Ph.D. in Computer Science and graduating with distinction from Graz University of Technology in Austria, and for consulting to Higher Education Commission for running learning-management-systems in 15 universities.

CIO of the Year: This category recognizes individual leadership and thought innovation in technology applications within an organization. Dr. Sarfraz Alam was given this award in appreciation of his high contributions as Chief Information Officer forTEXPO Pakistan (Private) Limited. Under his dynamic leadership, more than 100 engineers have been developed, and the first satellite tracking ground stations for United Arab Emirates have been developed.

Lifetime Achievement Award: In recognition for having spent his entire career in promoting IT in Pakistan, this award was given to Mr. Shahid Mahmud. He is a Member of Corporate Advisory Council (CAC), the National University of Science and Technology for IT and Telecom, and a member of the NUST Alumni Advisory Council. Mr. Mahmudis the founder of PAKTEL, the first cellular company of Pakistan, where he remained a Director on the company’s board till 1998. In 2001, he was selected to take part in the prestigious Eisenhower Fellowship program on leadership, in the United States of America.

Nominations for awards were received by independent auditors KPMG Taseer Hadi and Co. Seven judges evaluated the nominations on the basis supporting documents. The compiled results were later announced by the auditors.

Judges for the 12th Teradata National IT Excellence Awards were: