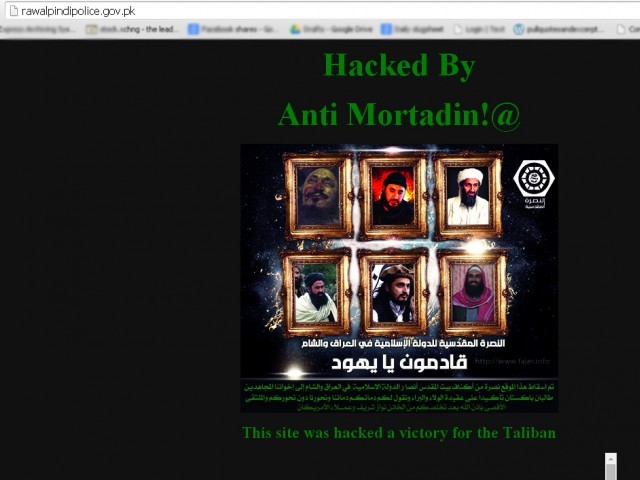 RAWALPINDI ( MEDIA )
Taking their fight to the digital theater, a group of hackers supporting Taliban hacked the Rawalpindi police website on Thursday.
The website was defaced by a group that calls itself the ‘Anti-Mortadin’. In their message, the group claimed that the hacking was a ‘victory for the Taliban.’The  Express Tribune reported.
When contacted, city police officer Humayun Bashir Tarar confirmed that their website had been hacked.
“We are removing information from the website and also blocking further access to the website,” he said.
Claiming that there was no sensitive information on the site, Tara said the website contained general information about Rawalpindi police for public guidance.
To a question, he said Taliban had previously hacked websites belonging to some banks and other organisations. Tarrar said they were trying to trace the hackers.
“We will also confirm whether hackers are real Taliban or just using their names,” he said, adding that the website will be restored soon.