Pakistan Computer Association (PCA) has said that FBR in this regard has claimed that the agency has made cases against some commercial importers of IT and expanded the scope of investigation across the country. Reportedly, notices have also been served to several leading importers and this resulting as unrest among the community across the country. Hence, as a result of this highly unfavorable environment, various international companies have started pulling out theirinvestments from Pakistan causing serious damage to economy of Pakistan. 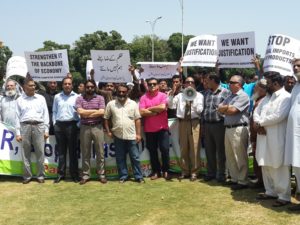 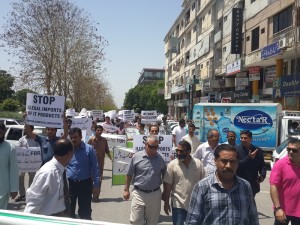 The agitating members and senior office bearers of PCA on the occasion said that PCA is as a representative body of computer resellers, shopkeepers, whole-sellers and working not only to safeguard the rights of the traders dealing in computer and IT equipment but also to promote the IT industry in the country.

While expressing grave concern on the undue hostility of FBR’s concerned unit, the protestors said that the IT importers have been importing the equipment under the approved ITP and the shipments have been cleared by the custom staff of the FBR. Besides,  the legal and legitimate importers pay duties and taxes to the government of Pakistan and in case of some technical shortcomings in import procedures, they cannot be treated as criminals and must not be harassed by the officials of FBR which at present has become a norm of the FBR officials.

The office bearers of PCA demanded that the directorate of I&I FBR should immediately stop probing and pursuing the so called back log of taxation. They urged the Government and Chairman FBR to take initiatives to fix a tax on the import of laptops, on the pattern of mobile phones.

The protesting members of computer industry were of view that since the computers / laptops are not manufactured locally they are only imported from abroad, therefore the proposed fix tax imposed on them should be the final discharge of liability and no further GST should be imposed in the subsequent selling in the market. The PCA office bearers on the occasion hinted for countrywide protests if the concerned department of FBR continuing its acts of harassment against the legal computer business owners. 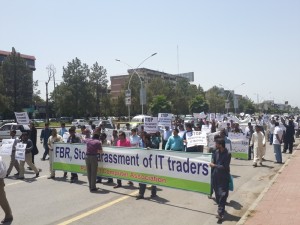