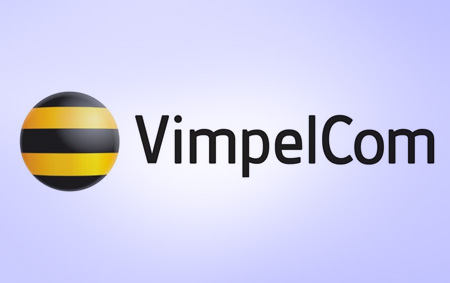 On 18 April 2014, VimpelCom Ltd. announced the signing of a share purchase agreement for the sale by Global Telecom Holding (GTH) of a 51% interest in Orascom Telecom Algérie (OTA) to the national Algerian investment fund Fonds National d’Investissement (FNI) for a consideration of USD 2.643 billion. OTA is currently owned 96.6% by GTH. GTH is owned 51.9% by VimpelCom Ltd. Hence, VimpelCom Ltd. effectively holds 50.1% of OTA. In accordance with the shareholders agreement to be entered into between GTH and FNI, GTH will continue to exercise operational control over OTA and, as a result, both GTH and VimpelCom Ltd. will continue to fully consolidate OTA, according to VimpelCom’s press release.

According to VimpelCom’s press release, OTA will prior to closing of the transaction pay a fine of USD 1.3 billion to the Algerian Treasury. OTA will also discontinue all pending proceedings relating to the disputes with the Algerian tax administration relating to tax reassessments for the years 2004 to 2009. Consequently, OTA will write off in its financial statements the related tax receivable of USD 0.7 billion. VimpelCom Ltd. announced that it will take one-off charge for the settlement costs of USD 2.0 billion in its 2013 financial statements. Of the total charge of USD 2.0 billion, USD 1.0 billion is attributable to the shareholders of VimpelCom Ltd.

Holding a 33.05% economic interest in VimpelCom Ltd., Telenor will recognise a negative one-time item of NOK 2.0 billion related to this in the income statement for the first quarter of 2014.

In addition, and as announced on 4 April 2014, Telenor’s income statement for the first quarter 2014  will be impacted by the following one-time items:

On 26 March 2014, Telenor announced the divestment of Conax, the encryption business in Telenor Broadcast, for NOK 1.5 billion on a cash and debt free basis. The transaction was finalised on 4 April 2014. Telenor will report a sales gain of approximately NOK 1.2 billion, included in “Other income and expenses” in Q1 2014. The cash effect of the transaction will occur in Q2 2014.

On 31 March 2014, Indian authorities confirmed that Telenor’s Indian subsidiary Telewings will be granted an offset of the entry fee of INR 16.6 billion (around NOK 1.7 billion) paid by Unitech Wireless in 2008 against the remaining instalments on the payable bid amount on spectrum acquired by Telewings  in 2012. The one-time effect of the licence offset will be recognized in Telenor’s Q1 results as Other income. In addition, there is a positive effect on net financial items of INR 1.7 billion (around NOK 0.2 billion) as accrued interest is reduced following the reduction of the licence debt. The cash effects from the granted offset will occur in connection with the remaining instalments, scheduled for 2015-2024.

On 4 April 2014, Telenor Norway announced the results of the voluntary redundancy packages offered in the period 5–26 March. A one-time restructuring cost of around NOK 250 million related to this process will be recognised in “Other income and expenses” in Q1 2014.