Induction of next generation spectrum data services 3G/4G will bring a huge change in the information and communication industry of Pakistan, ultimately leading to new economic activity. The economic impact of the 3G/4G technology is much higher than the auction price fetched by the government of Pakistan. The experts of the various data services dependent industry believe that in the first year of the technology, the impact could be more than $2 billion, while a double digit growth is expected on every tear in the data services dependent industries of Pakistan. The News reported on sunday.

The fast speed mobile data will also be helpful in developing the underdeveloped mobile application industry of Pakistan once the ecosystem is developed. The next generation data services will increase internet penetration in Pakistan and the number of internet users would also jump exponentially, increasing sales and usage of mobile smartphones, demand of local internet content and mobile applications. The communication being done via sms will shift to data services apps like whatsapp, which will ultimately help develop the local mobile applications industry. 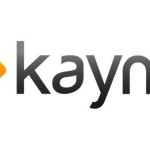 Ahmed Khan – Cambridge Graduate, Managing Director Asia of kaymu.pk a subsidiary of Rocket Internet – a German online shopping store believes that their business will grow two to three times as a result of access to 3G/4G technology in Pakistan.

“This is a very exciting time for e-shops in Pakistan, since access to 3G/4G technology means growth in internet penetration through smartphones; easier access to online shopping websites; and an increase in web-traffic, which leads to the ultimate achievement of growth in online shopping,” Ahmed forecasted.

Quoting the Indian example of online shopping growth after the induction of 3G, he pointed out that sales of e-store owners increased three times in the first year of technology induction, which is also excepted for Pakistan. Following that, double digit growth is expected every year, he believes.

“To optimise the potential we are increasing our marketing budget with a focus on mobile marketing, and thinking of newer ideas to better the business, while engaging more and more vendors to supply the products,” Ahmed disclosed. 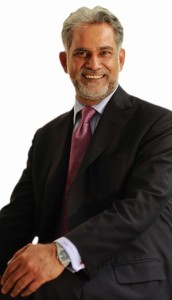 Naseer Akthar, former chairman of Pakistan Software Houses Association (PASHA) that runs InfoTech, a major ICT provider in Pakistan, especially to government and World Bank projects said that the induction of 3G/4G technology will have a huge and positive impact on the overall economy of Pakistan. He said that the IT sector is a very small component and beneficiary of it.

Using the highway analogy, Akhtar said, “Speedy data availability will make business connectivity easy and remove the bottlenecks being faced in m-commerce, especially in far off places not connected with fibre optic cables.”

Naseer believes that Pakistan delayed the launch of the 3G/4G technology for merely $2 billion, while Africa initiated it some half a decade ago and Afghanistan two and a half years ago. The opportunity cost of economic activity generated through 3G/4G technology is much bigger and its impact huge, he said, adding that now the government should open youtube and other banned websites too.

The carriers of these data providers will do business with these channels; therefore, unblocking these channels to encourage data usage is the best option.

On local content development, Naseer while criticising government policies pointed out that it was working on a backward policy by restricting usage of Google maps, Bing or others services for location apps. The policy makers are narrow minded for making such polices which are impeding the development of local content, he remarked.

Bashir A Sheikh, President and CSO of Inov8 Ltd, a Mobile Financial Services (MFS) provider to the banking sector expects 3G/4G to have a very positive impact on the mobile financial services in Pakistan, with massive potential for growth in mobile wallet penetration and transaction volumes, along with a major shift to apps versus the current preferred USSD channel.

“With an expected increase in smartphone penetration and data usage, MFS usage should increase at both ends of the pyramid, the currently banked high-end users as well as the unbanked, who currently lack access to financial services. We see the current 3.475 million mobile wallet users in the country easily increasing tenfold over the next two years”, he remarked.

Tracking service providers are also expecting growth in their business with the availability of high-speed data services in Pakistan. Tahir Malik, CEO Trafco logistic said that high-speed mobile data services will remove the slow reporting problem faced by the tracking industry, by making the data transformer faster, helping in timely reporting of incidents, leading to customer satisfaction. Once customers are satisfied the industry will grow, he remarked. 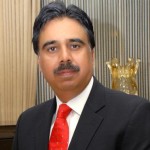 PASHA Chairman Saleem Ghori said that Pakistan is entering into a new era with the induction of 3G/4G spectrum. As soon as 3G will be available, a new economy will take shape. New services will be developed to benefit from the higher speed offered by 3G services. “I believe that hundreds of thousands of new jobs will be created by the new businesses created around the 3G/4G services,” Ghori asserted.

With thousands of opportunities and venues made available by the 3G/4G services, there will be new opportunities for software development. In IT industry alone thousands of new jobs will be created. “I can foresee investment in e-commerce. Wherever 3G services are being offered, companies with innovative ideas will offer innovative services,” Ghori said, adding that the education sector will be the biggest beneficiary of the wireless data speed. Ability to download information will be easier using a smartphone, he added.