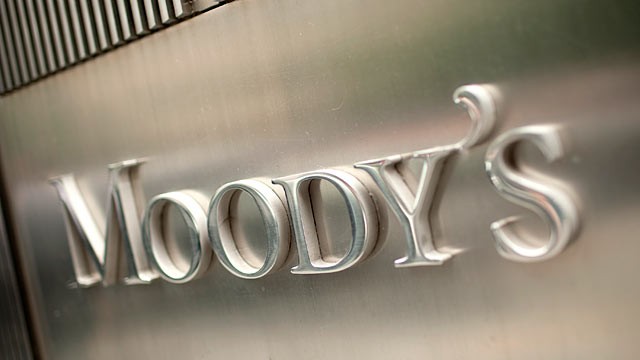 Moody’s Investors Service says that the outcome of the 3G and 4G spectrum auctions held on 23 April in Pakistan are credit positive for Pakistan Mobile Communications Limited (Mobilink, B2 negative). “Mobilink was able to secure 10MHz of 3G spectrum in the 2100MHz frequency for $300.9 million, which is well below our earlier expectation of at least $400 million. In addition, it was only 2% above the base price set by the regulator — the Pakistan Telecommunication Authority (PTA),” says Yoshio Takahashi, a Moody’s Assistant Vice President and Analyst.
Due to the expected increase in debt to finance the spectrum license, Moody’s had previously forecast that Mobilink’s leverage — as measured by adjusted debt/EBITDA — would increase to 2.0x-2.2x, from about 1.0x in 2013.
Following the auction, Moody’s now estimates that its leverage will only increase to 1.8x-2.0x in 2014. It also expects Mobilink’s leverage will decline to the 1.5x-1.7x range in 2015, given its solid cash flow generation. These ratios are very strong for its rating.
The size of the spectrum license is also sufficient for the company to defend its existing leading market position in terms of number of subscribers.
As of January 2014, Mobilink had 37.7 million customers, or a market share of 29%, according to PTA. Telenor Pakistan (unrated), Pakistan Telecom Mobile Limited (Ufone, unrated), and CMPak Limited (Zong, unrated) had market shares of 26%, 19% and 18%, respectively.
Moody’s notes that the company’s management estimates that its active subscribers accounted for about 37% of all active mobile users in the country as of January 2014.

Zong is a subsidiary of China Mobile Communications Corporation (unrated), the parent of China Mobile Limited (Aa3 stable). China Mobile is the largest mobile operator in China by number of subscribers and has already launched 4G services in China.
Nevertheless, Moody’s expects that the proportion of 4G subscribers in the total market will be below 3% in the coming two to three years, compared with 10-15% for 3G services, given the expected higher tariffs for 4G services. As such, Zong is less likely to significantly affect Mobilink’s market position.
Moody’s also considers that Mobilink’s stronger brand and overall network coverage will help it retain its customers.
The launch of 3G services will allow Mobilink to sustain revenue and earnings growth as the increased data revenue will drive up the average revenue per user (ARPU). According to PTA, ARPU in Pakistan is $2.14 per month — currently lower than neighboring India ($2.56 per month) and Sri Lanka ($2.35 per month).

“We expect Mobilink to benefit from the increased data revenues as subscribers shift to 3G services. The ongoing migration to 3G services will also be fuelled by the proliferation of more affordable smartphones,” adds Takahashi.
However, as the proportion of data revenue with lower margins will increase, Moody’s expects its adjusted EBITDA margins to moderately decline to 38%-39% in the coming two to three years, from approximately 40% in 2013. Nevertheless, its adjusted EBITDA margin of over 35% is still strong for its rating level.

Moody’s notes that Mobilink’s B2 corporate family rating is constrained by a two-notch differential with Pakistan’s Caa1 sovereign rating to reflect the macro-economic and financial market risk that the company shares with the sovereign, despite the company’s stronger fundamental credit strength (see Credit Policy paper entitled “How Sovereign Credit Quality May Affect Other Ratings” and published on 13 February 2012).
The principal methodology used in this rating was the Global Telecommunications Industry published in December 2010. Please see the Credit Policy page on www.moodys.com for a copy of this methodology.